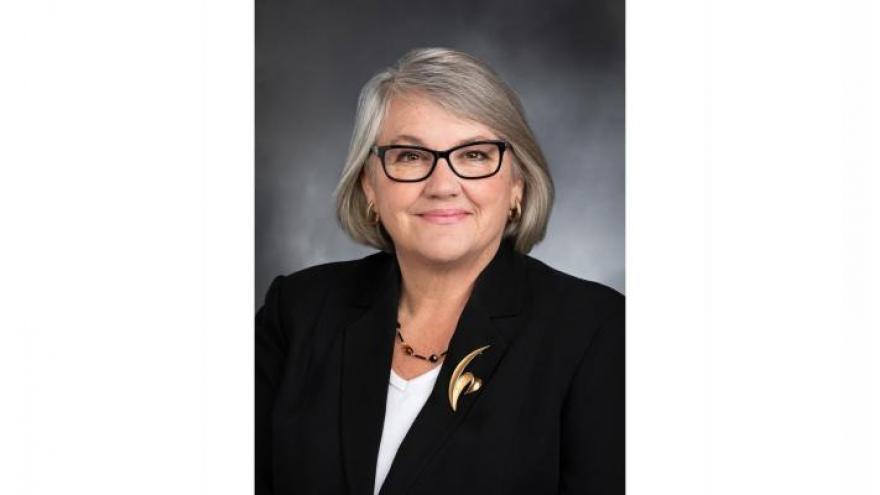 (CNN) -- A Washington state senator has drawn the ire of nurses after remarks she made suggesting that nurses in smaller hospitals "probably play cards for a considerable amount of the day."

The Washington State Senate considered a bill Tuesday, SHB 1155, that would provide nurses with uninterrupted meal and rest periods.

"By putting these types of mandates on a critical access hospital that literally serves a handful of individuals, I would submit to you those nurses probably do get breaks. They probably play cards for a considerable amount of the day," Washington state Senator Maureen Walsh said on Tuesday during a debate on the Washington state Senate floor.

Walsh, a Republican, was arguing in support of an amendment that would exempt critical access hospitals, in rural areas, and hospitals with less than 25 beds from the bill.

"I understand helping with employees and making sure that we have rest breaks and things like that. But I also understand that we need to care for patients first and foremost," Walsh said.

The Washington State Nurses Association called Walsh's remarks "demeaning" and said there is "zero logic" in covering nurses in some hospitals, "while leaving others without any protections."

"No, Senator, nurses are not sitting around playing cards. They are taking care of your neighbors, your family, your community," Mathew Keller, WSNA's director of nursing practice and health policy, said in a post on the union's website.

Keller also argued that such an amendment would make it harder to recruit nurses to rural facilities.

Walsh had also introduced an amendment to the bill that would prohibit nurses from working more than eight hours.

"Well, if we have an issue with nurses getting tired, let's quit letting them do 12-hour shifts, let's let them do 8-hour shifts. Like most standard shifts are," Walsh said on Tuesday. "Twelve hours, I know they want it, but then they come back and they start talking out of both sides of the mouth and telling us how tired they are."

The Democratic-controlled Senate passed SHB 1155 on Tuesday, 30-18, with the two amendments included. Walsh voted against the bill.

WSNA is in support of the full measure, but against the two amendments, which the union has vowed to try and remove.

Walsh responded to the backlash, asserting that she has the "greatest respect for nurses" and that her mother was a registered nurse for many years.

"The comment made about the ability to play cards was referring to the staff at the very rural and small critical access hospitals who may only serve a handful of patients and the staffing mandates are unnecessary," Walsh said in a lengthy statement provided to CNN affiliate KEPR TV.

Walsh continued: "The fact is 61% of our critical access hospitals are in the red and the mandated breaks and lunch hours are not an issue in these facilities across the state. These are smaller, rural hospitals with much fewer patients than our urban hospitals and the bill is not necessary for them in meeting the needs of their patients or the hospital's budget."

Walsh's claim about 61% of critical access hospitals being "in the red" was challenged Saturday by the Washington State Nurses Association, citing data by the Washington Department of Health that showed a majority of the 40 critical access hospitals in the state reported net incomes in the millions or more over a four-year period ending in 2017, and approximately 70% operating at a surplus in any given year.

"Most Washington critical access hospitals are operating with a surplus and can afford to bring on one extra nurse or technician," said Heather Weiner, a spokeswoman for the Washington State Nurses Association told CNN.

The bill originally passed the House on March 6 before being approved by the Senate on Tuesday. It now heads back to the House to approve the bill's changes before going to the governor's desk for his signature.

CNN reached out to Washington Gov. Jay Inslee's office to see if the governor intends to sign the bill.

"We generally don't make determinations on bill action until after the final bill is delivered to our office," Jaime Smith, a spokeswoman for Inslee's office, told CNN in an email.

Inslee told reporters on Friday that he's been briefed on the bill and that the issue of limiting nurses' shifts to eight hours per day "gets resolved."

"We hope that a good bill gets to my desk," Inslee said at a bill signing at the state capitol. "I'm very empathetic with the nurses on unduly burdening them so they can't be proficient in their work and so I just hope this gets resolved in a way that we have serious legislation."