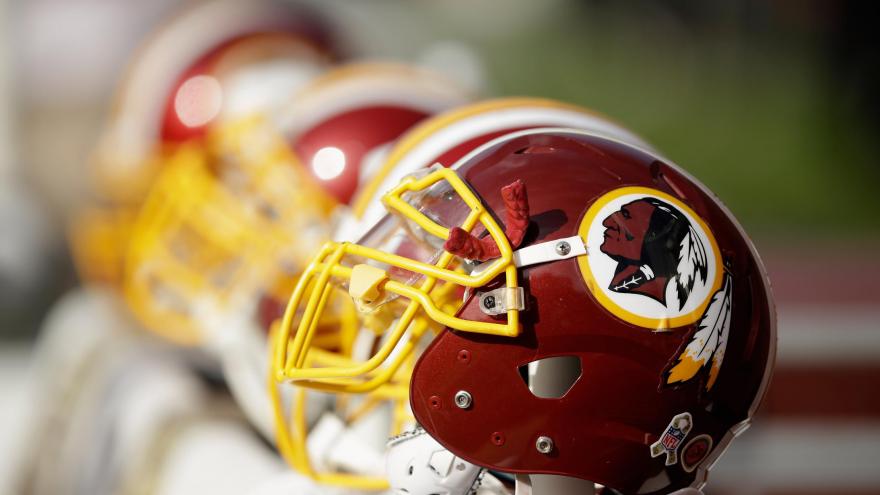 (CNN) -- The Washington Redskins said Friday they are reviewing their name, which has long been criticized for racist connotations.

"In light of recent events around our country and feedback from our community, the Washington Redskins are announcing the team will undergo a thorough review of the team's name," the Redskins said in a statement. "This review formalizes the initial discussions the team has been having with the league in recent weeks."

"This issue is of personal importance to me," Head Coach Ron Rivera said, "and I look forward to working closely with (owner) Dan Snyder to make sure we continue the mission of honoring and supporting Native Americans and our Military."

In recent weeks amid a new reckoning over race in America, several brands announced they would be changing or ending names to avoid controversial or racist overtones. Nestlé said it would rebrand its Red Skins and Chicos sweets, and Quaker Oats said it would retire the Aunt Jemima brand and logo, acknowledging it was based on a racial stereotype.

The NFL's Redskins have also faced growing pressure to change the controversial name, which has long been denounced by Native Americans.

FedEx -- which holds naming rights for the stadium the team plays in -- told CNN Business this week that it had asked the team to change its name.

Team owner Dan Snyder said in Friday's statement the review would let the team take account of the "proud tradition and history of the franchise," in addition to input from sponsors, the NFL and the community.