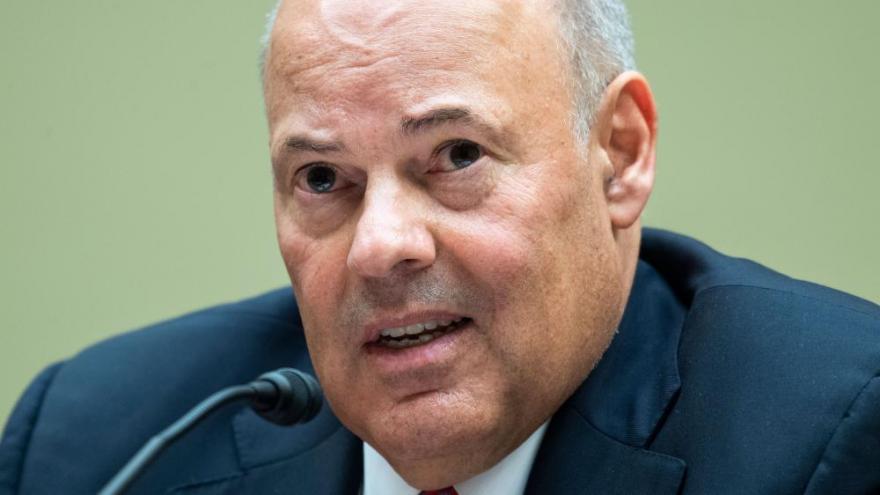 (CNN) -- Postmaster General Louis DeJoy plans to lump all first-class mail into a single delivery category as part of his decade-long plan for the agency in a move that would slow the transit of such mail, The Washington Post reported Friday.

Citing two people briefed on his strategic plan for the US Postal Service, the paper reported that DeJoy has outlined getting rid of a type of two-day-delivery first class mail, which includes envelope-sized mail sent locally. All first-class mail would thus be sent in the three- to five-day range currently set for nonlocal mail, according to the Post.

A push to increase postal rates also is in the works, the paper reported.

DeJoy declined to comment on the plan because it is not finalized, he said in a statement to CNN. He said that for eight months, Postal Service leadership had assessed the strategic plan's proposed changes, an effort that "is being taken at the direction of our Board of Governors with their full participation and commitment."

He said he had requested feedback from lawmakers as well as industry, union and management leaders regarding "successfully fixing problems that are preventing the Postal Service from meeting the American people's expectations for reliability."

The agency anticipates "sharing more details in the coming weeks" on the plan, DeJoy said, asserting that such "work is not only needed, it is long overdue."

News of the anticipated shift comes as DeJoy plans to release a new 10-year plan for the agency in the next few days, several sources familiar with his plans told CNN earlier this week.

DeJoy has told those close to him he wants to stay in his role under President Joe Biden, two sources told CNN, despite his troubled tenure at the helm of the Postal Service and his background as a supporter and donor to former President Donald Trump.

The two people familiar told the Post that while the new policy was not expected to affect local service, corporate mail senders such as banks and retailers are concerned that it will exacerbate existing bottlenecks on non-local mail. The plan would also bar first-class mail being transported via airplane, they told the paper.

Mail industry officials told the Post that delivery lags plus rising prices could push commercial mail senders to use the already struggling Postal Service less often, and in turn put pressure on the Postal Service to further slash services or raise rates.

A former Postal Service executive told the Post that the potential savings from eliminating air transportation was unclear, as it depends on how much more mail its trucking system could handle without additional costs.

Savings of 50% may not even make up for lost revenue from reduced mail accelerated by the cuts in service, the person told the Post.

"The savings they're going to get out of this isn't a lot compared to what they're going to do to customers," the former executive said to the paper, "and that's assuming they implement everything right, which they never do."