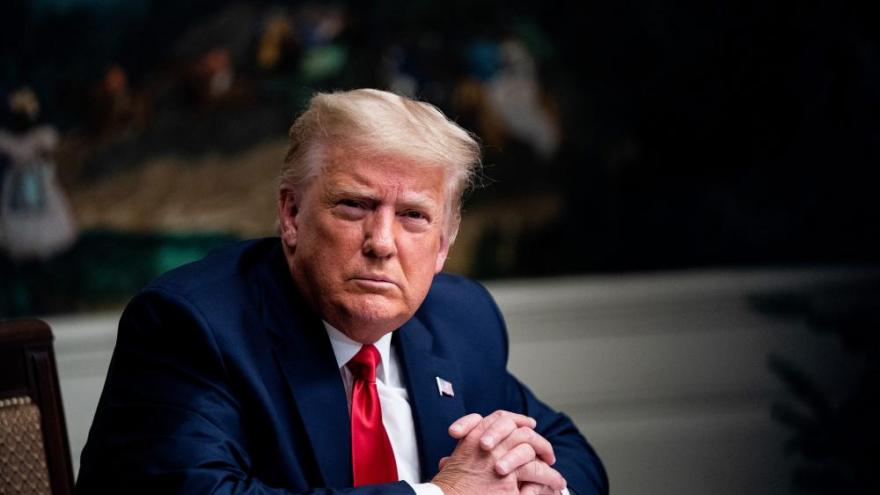 Manhattan's top prosecutor has convened a grand jury that is expected to decide whether to indict former President Donald Trump should prosecutors present criminal charges in their probe of the Trump Organization. Trump is shown here at the White House on November 26, 2020 in Washington, DC.

(CNN) -- Manhattan's top prosecutor has convened a grand jury that is expected to decide whether to indict former President Donald Trump should prosecutors present criminal charges in their probe of the Trump Organization, two people familiar with the matter told The Washington Post.

The panel, convened by Manhattan District Attorney Cyrus Vance, could also decide to indict executives at the Trump Organization or the business itself if criminal charges are presented, the Post reported.

The grand jury is set to sit for three days a week for six months, according to the newspaper, and will likely hear matters beyond just the Trump Organization probe during that time.

CNN has reached out to the Trump Organization for comment.

Without specifically referencing news of the grand jury convening, the former President said in a statement Tuesday evening, "This is a continuation of the greatest Witch Hunt in American history. It began the day I came down the escalator in Trump Tower, and it's never stopped."

The Manhattan district attorney's office declined to comment when reached by CNN on Tuesday.

The prosecutors are combing through millions of pages of documents, including Trump's tax returns, which they obtained in February after the US Supreme Court blocked Trump's attempt to stop a subpoena to his long-time accounting firm.

The investigation encompasses Trump Tower, the family estate known as Seven Springs, its Chicago hotel and condo tower, as well as the hush money payments made to silence Stormy Daniels, the adult film star who alleges an affair with Trump. Trump has denied the affair.

The attorney general office's investigation into the Trump Organization, which has been underway since 2019, will also continue as a civil probe, but the office recently informed Trump Organization officials of the criminal component.

This story has been updated with a statement from former President Donald Trump.