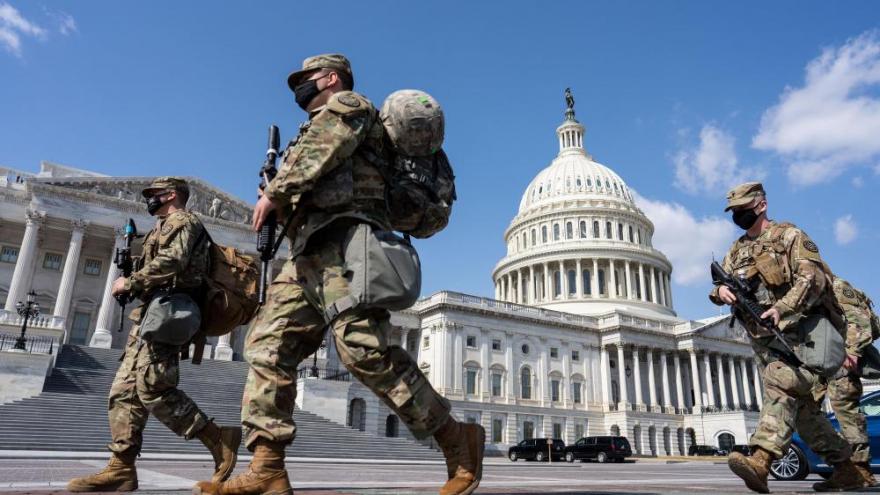 The US Army initially considered denying a request from Washington, DC's government for a National Guard deployment ahead of the January 6 rally that led to riots at the US Capitol, according to a Washington Post report published Tuesday.

(CNN) -- The US Army initially considered denying a request from Washington, DC's government for a National Guard deployment ahead of the January 6 rally that led to riots at the US Capitol, according to a Washington Post report published Tuesday.

An internal draft memo obtained by the Post argued the US military shouldn't be required to help law enforcement with traffic and crowd control unless more than 100,000 demonstrators were expected on the National Mall that day, the newspaper reported. The Post did not report on the date of the draft memo.

In a letter dated December 31, DC Mayor Muriel Bowser requested support and personnel from the DC National Guard on January 5 and 6.

Ultimately, the Army approved the mission, but the memo underscores the hesitancy ahead of that day among some within the Pentagon's top ranks to involve the military in security on January 6.

Col. Cathy Wilkinson, a spokeswoman for the Army, told CNN in a statement that the Defense Department provided 340 members of the DC National Guard to help with street closures and crowd control as requested.

"Clearly, the Mayor's request was approved and supported," Wilkinson told the newspaper. "The draft memo was not signed or approved."

She added that it's "customary" for Army staff to "provide options for Army senior leaders to inform their decision making process."

Two Army officials told CNN the memo was an option provided by a staffer that was neither approved or signed by Secretary of the Army Ryan McCarthy.

The unsigned memo argued that the request from the DC government should be denied because a federal agency hadn't yet been identified to run preparations and day of operations and felt law enforcement was "far better suited," the Post reported.

The Post reported that Army leadership pushed its position during discussions at the Pentagon the weekend ahead of January 6, citing four sources familiar with the deliberations.

In the leadup to January 6, there was a reticence to preemptively deploy National Guard troops to protect the Capitol as Pentagon leadership fielded several calls from congressional lawmakers to assure them that the military would not be present that day, a defense official previously told CNN.

The concern stemmed from a fear that the military was playing a role in determining the outcome of the election and that then-President Donald Trump would politicize the military in an effort to keep himself in office by invalidating the results of November's election, the official said.

While top defense officials made it abundantly clear the military did not play a role in determining the outcome of elections, those concerns were a key factor in planning considerations for National Guard support, the official added.