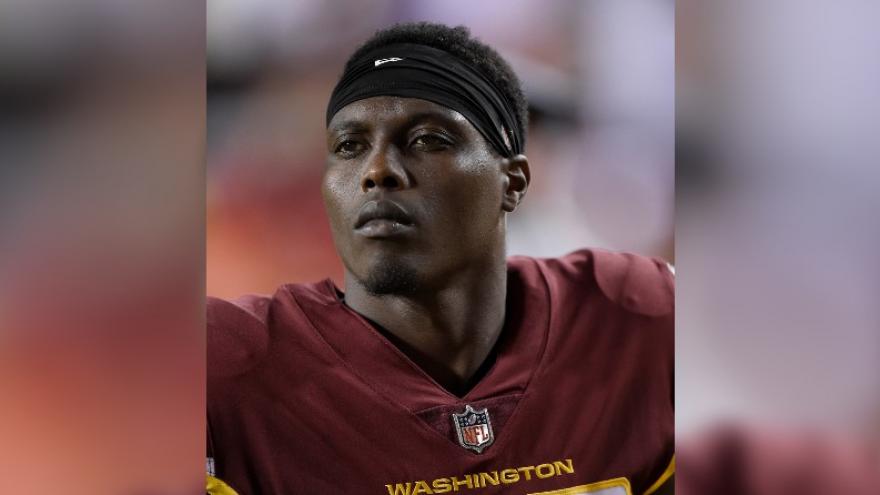 By Amir Vera and Chuck Johnston, (CNN) -- Everett sustained serious but non-life threatening injuries from the crash that took place December 23 in Loudoun County, according to a news release.

His passenger, Olivia Peters, died of her injuries at the hospital, according to the sheriff's office.

An investigation determined he was traveling over twice the posted speed limit, which was 45 mph, prior to the crash, the release said. Everett was behind the wheel of a 2010 Nissan GT-R when the vehicle left the road, slamming into several trees before rolling over, the sheriff's office said in a statement.

Everett, 29, who resides in Ashburn, turned himself in to the Loudoun County Adult Detention Center on Tuesday afternoon, the news release said.

Kaveh Noorishad, Everett's attorney, told CNN in a statement that his client "voluntarily appeared earlier today at the Loudoun County Magistrate's Office where he was served with a warrant for involuntary manslaughter" and was released on bond shortly afterward.

"Our team continues to investigate this matter as we intend on vigorously defending Mr. Everett against these allegations," Noorishad said. "We continue to ask that judgment be reserved until all facts are fully investigated and litigated in the proper forum. At this time we cannot comment any further due to the pending litigation."

The Commanders released a statement to CNN saying they "were aware of these charges and are continuing to monitor the situation."

"We will have no further comment at this time," the team's statement read.