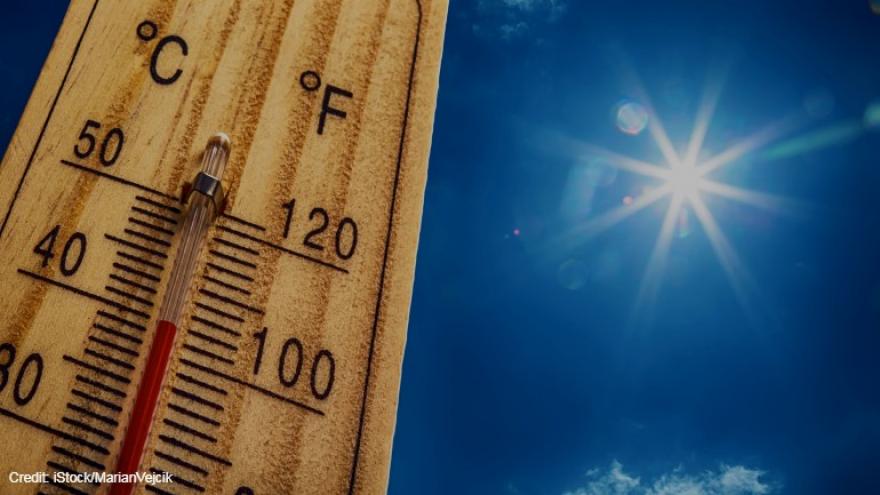 (CNN) -- A temperature increase of 1.5 degrees Celsius or 2.7 degrees Fahrenheit -- as predicted under the Paris Climate Agreement without a mitigation plan -- would cause an additional 1,600 injury deaths every year in the United States, according to a study published Monday in the journal Nature Medicine. The majority of those deaths, 84%, would impact men, the study said.

Using data from the National Center for Health Statistics, researchers studied death rates in the contiguous US over a 38-year period from 1980 to 2017 to determine whether there was a connection between abnormal temperatures and mortality. Abnormal temperatures were defined as deviations of monthly temperature from the local average in a given location.

"Our aim was to evaluate how deaths from various injuries in the USA might be affected by anomalously warm temperatures that occur today and are expected to become increasingly common as a result of global climate change," the authors said in the study.

"Injuries from transport, falls, drownings, assault and suicide accounted for 78.6% of injury deaths in males and 71.8% in females," the study found, with the rest of the deaths attributed to "other injuries."

Researchers found temperature abnormalities were largest in December and January and smallest in August and September. The irregularities were also larger in northern and central states than in southern and coastal regions.

Based on the analysis of death rates, researchers estimated 1,601 more injury-related deaths in a year when each month's temperature was 2.7 degrees Fahrenheit warmer than its long-term average. They predicted there would be 2,135 more injury deaths if temperatures spike to 3.6 degrees higher than the monthly long-term average.

Transportation-related deathsincreased the most under those scenarios, followed by suicides. Among the additional injury deaths, 84% were in males and 16% were in females.

Researchers also predicted an increase in drowning deaths, positing that the hotter the temperature, the more likely people are to go swimming.

"Our work highlights how deaths from injuries including assaults, suicides, transport and drowning deaths currently rise with warm temperature, and could also worsen by rising temperatures resulting from climate change, unless countered by social and health system infrastructure that mitigate these impacts," the study's lead author, Robbie Parks from Columbia University's Earth Institute, said in a statement.

The study concluded that injuries and deaths are likely to increase with warmer temperatures linked to climate change and that local governments, health systems and first responders need to be prepared to deal with it.