Want to visit a popular US national park this summer? Start planning yesterday 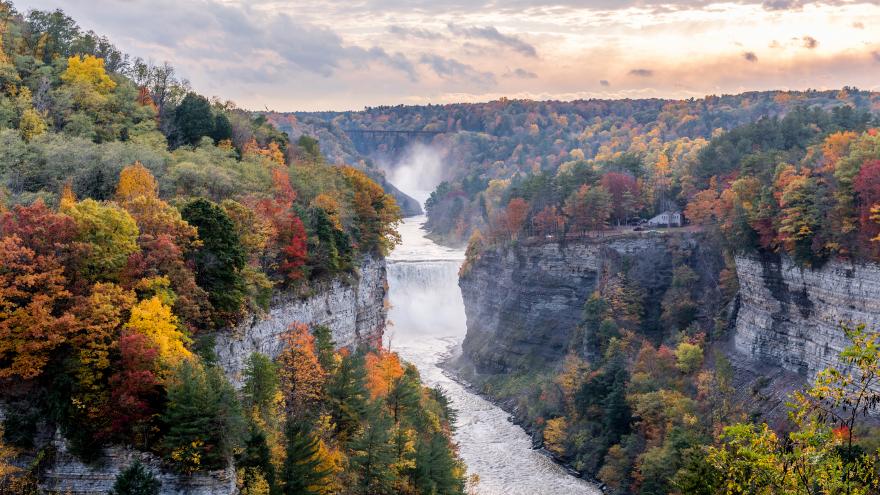 Editor's note: Sign up for Unlocking the World, CNN Travel's weekly newsletter. Get news about destinations opening and closing, inspiration for future adventures, plus the latest in aviation, food and drink, where to stay and other travel developments.

(CNN) -- Venice knows the burden all too well. So does Amsterdam.

And some of the most visited national parks in the United States are going through the same thing -- the downside of being popular.

It puts them in quite the jam, especially those with short, sought-after peak seasons and one-of-a-kind attractions. After all, you want people to come. Just not too many all at once. Achieving a balance can be tricky.

And like those canal-laced European favorites, the US National Park Service is turning to some of the same methods to regulate the flow.

How does this affect you? If you want to visit a popular park this summer, it's already time to plan.

Extra fees, advanced reservations, special passes, lotteries and caps on the number of visitors are all in play in 2022 to keep what's special about some crowd-pleasing parks from being deluged by the sheer flood of humanity.

Travelers to national parks: We want in!

The Covid-19 pandemic fueled the desire of people hunkered down in small spaces for weeks and months at the time to head out into the restorative wilds all over the country.

In 2021, they especially packed the big-name parks, parkways and related sites. Here's a brief snapshot of some of the action:

• Also in North Carolina, Cape Hatteras National Seashore hosted more than 3 million visitors in a year for the first time, the NPS said.

• In Wyoming, Devils Tower National Monument saw the highest number of recreation visits in the monument's history. For the first time, it surpassed 500,000 recreational visits.

• And the first US national park, Yellowstone, saw a staggering 4,860,537 recreation visits in 2021, making it the busiest year on record. That's as if the entire state of Louisiana -- plus the city of Des Moines, Iowa -- came to visit. And a lot of that visitation is packed into a few months of the peak warm weather season.

You begin to see what these park areas are up against.

So the NPS is experimenting with a variety of ways to satisfy crowd demand and safeguard fragile environments at the same time. Here are some of the things you may encounter on your next visit:

Most national parks do not have entrance fees. Out of more than 400 parks, monuments and related sites in the system, only about 110 have admission fees that range from $5 to $35. Of course, like anything else, it's the big names that command the money, places such as Yellowstone, Yosemite, Zion and Everglades.

However, more could be joining the pay-to-enter list. Indiana Dunes National Park is one that will institute an entry fee for the first time this year, beginning March 31.

The new fee revenue will help pay for a bike trail and other improvements, the park said.

The days of just popping into the most popular parks on the spur of the moment could be fading.

In Utah, Arches National Park is introducing a timed entry program for visits from April 3 to October 3.

The park tickets are on a first-come, first-serve basis on Recreation.gov. They are released three months in advance in monthly blocks according to the following schedule:

The pattern continues into July for visits through October 3. A limited number of tickets will be available one day before entry for purchase through Recreation.gov.

You might start encountering more fees or advance tickets (or both) for highly popular park attractions once you're inside.

In Virginia's Shenandoah National Park, visitors who want to go to Old Rag Mountain will have to apply for a day-use ticket in advance. It's only $1, but this arrangement does not allow for spontaneous visits to Old Rag.

The trial program will be in effect from March 1 to November 30.

Some features are so popular that the NPS is trying out lotteries -- and there's no guarantee you'll win.

In Utah's Zion National Park, visitors who want to tackle the Angels Landing hike will have to enter an online lottery in hopes of getting a permit to take the hike. There are actually two kinds of lotteries: Seasonal and day before. The lottery entry fee is $6, and it's not refundable even if you aren't picked for a spot. This goes into effect on April 1.

At California's Yosemite National Park, North Pines Campground is so popular during peak summer season that they have tested a pilot program for campers: A lottery in which winners get a chance to make early reservations. The lottery ended on February 6. There was a $10 nonrefundable fee to enter.

At Yellowstone National Park, backcountry permits for more than 1,000 miles of trails and 293 designated campsites are very popular. In addition to taking advance online reservations, Yellowstone is also holding a lottery from March 1 to March 20. Winners get a chance to book early reservations. It costs $10 to enter; again, it's not refundable if you're not chosen.

The last thing you want on your escape is being in a city-style traffic jam. Limited entry points can often be pain points these days.

In Southern California, desert favorite Joshua Tree National Park has begun accepting public comments on a project to construct a West Entrance Fee Station about a half mile farther inside the park to replace the existing fee station.

The park hopes a new station will ease "excessively long traffic back-up outside the park boundary" as well as give park staff safer working conditions in the desert.

Big RVs are posing a problem at some places run by the NPS.

Along the Gulf of Mexico, Gulf Islands National Seashore has imposed length and height limits for all campsites in the Fort Pickens Campground in Florida and the Davis Bayou Campground in Mississippi. Enforcement began February 1.

"The current limits in place will be enforced for the safety and protection of the park and visitor property," said Darrell Echols, Gulf Islands superintendent, in a news release.

"In 2021, Gulf Islands National Seashore saw an increase in incidents resulting in damage to park resources and visitors' property. The enforcement of these restrictions is expected to reduce these incidents."

Planning far out on your calendar

The general trend is toward visitors having to plan out their trips for months and even more than a year ahead.

The application period ends on February 22. The NPS says follow-up lotteries are "held as needed throughout the remainder of the year to reassign canceled and/or left-over river trips."

Here's a short roundup of other parks and their crowd-control efforts for 2022:

• North Cascades National Park (Washington state): It will offer online trip planning and reservations for the May 27 through September 30 peak hiking season. It starts March 3 with an early access lottery.

• Rocky Mountain National Park (Colorado): It's moving to a new system for backcountry camping permit reservations for peak season this year. Beginning March 1 through April 3, customers will be able to view permit availability, book a reservation and pay online. Phone, mail, email and fax reservations will be not accepted.

• Glacier National Park (Montana): Visitors in 2022 "can expect to use a ticket system to access portions of the park from May 27 through September 11. This will be the second year of the pilot ticket system in the park, designed to manage high traffic volumes within the park and avoid gridlock." Visitors will need to set up an account on Recreation.gov to get tickets.

• Yosemite National Park (California): Beginning May 20, the park will start a temporary peak hours reservation system, designed to spread visitation out and reduce congestion. Park visitors will need a reservation to enter the park from 6 a.m. to 4 p.m. seven days a week.

Don't like those fees and early planning involved with the most popular parks?

Consider visiting lower-profile or harder-to-reach parks. The NPS is encouraging people to see their other offerings. Some ideas:

• Congaree National Park (South Carolina): This is the "largest intact expanse of old growth bottomland hardwood forest remaining in the [Southeast]." You won't find another national park quite like it.

• Katmai National Park and Preserve (Alaska): Stunning views and brown bear sightings are just two of the highlights of this park southwest of Anchorage.

And one last option to consider: state parks. There are some great ones scattered around the United States, and they might be less congested while still offering memorable nature excursions. Some more ideas:

• Cheaha State Park (Alabama): You might be surprised to find mountains this far south in Alabama. It's the high point in this Deep South state at the extreme southern end of the Appalachian chain.

• Tettegouche State Park (Minnesota): The big draw is the soaring views of Lake Superior from the top of a cliff trail. It's a favorite of rock climbers. Midweek travel is suggested if you like solitude.