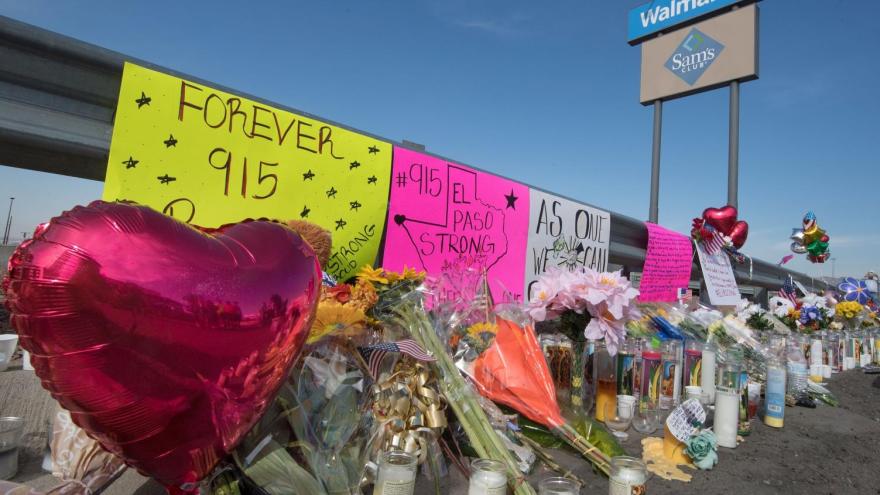 Walmart workers could soon go back to work at the El Paso store where 22 people were killed on August 3, a company spokeswoman said.

(CNN) -- Walmart workers could soon go back to work at the El Paso store where 22 people were killed on August 3, a company spokeswoman said.

The store near Cielo Vista Mall has been closed for nearly two months since a gunman opened fire in one of the deadliest attacks against Latinos in the US.

"Construction work on the Cielo Vista Walmart is progressing smoothly and we are currently working toward re-opening the store on Wednesday, November 6," Delia Garcia, the company's senior director of communications, said on Thursday.

Garcia said employees are expected to return to the property in early October "to help prepare their store to serve the community again." About 93% of the hundreds of workers at the store were assigned to temporary jobs at multiple locations across the city following the mass shooting.

Construction crews have been working to renovate the property since law enforcement returned control of the site to Walmart officials more than 10 days after the shooting.

The renovation involves taking the store "down to the shell" and "basically rebuilding it," Randy Hargrove, Walmart's senior director for national media relations had said.

Walmart announced last month its plans to dedicate an area of the store to honor the mass shooting victims.

"Our goal is to establish a memorial that honors the victims, recognizes the binational relationship between El Paso and Ciudad Juarez, and celebrates the strength of the El Paso community," Hargrove said at the time.

Family suing Walmart will be allowed inside store

Representatives for a family who is suing Walmart over an alleged lack of security are expected to be allowed into the store on Sunday.

An El Paso County District judge ruled Thursday that the Garcia family or their representatives must be allowed into the store "for the purposes of inspecting, measuring, diagramming, scanning, videoing, and photographing the premises," a temporary restraining order in the case states.

Patrick Luff, an attorney representing the Garcias, told CNN on Thursday they requested access to review the site, its design and other features of the property to determine whether it was complaint with security standards.

In their suit, the Garcias had asked the court for a restraining order to halt the site's construction to give them an opportunity to inspect and photograph the site.

A Walmart spokesman said Thursday the judge has consistently denied the Garcias' request to halt the construction at the El Paso store, and the order will only allow them or their representatives to enter the store for two hours.

"We have proceeded thoughtfully throughout and this includes preserving what information we have as required by law and working meticulously with federal and local authorities as they documented everything that took place," Hargrove said Thursday.

Since the shooting, only law enforcement, Walmart officials and construction crews have been allowed access to the store.