Walmart is paying its workers $388 million in holiday bonuses; critics say it's not nearly enough 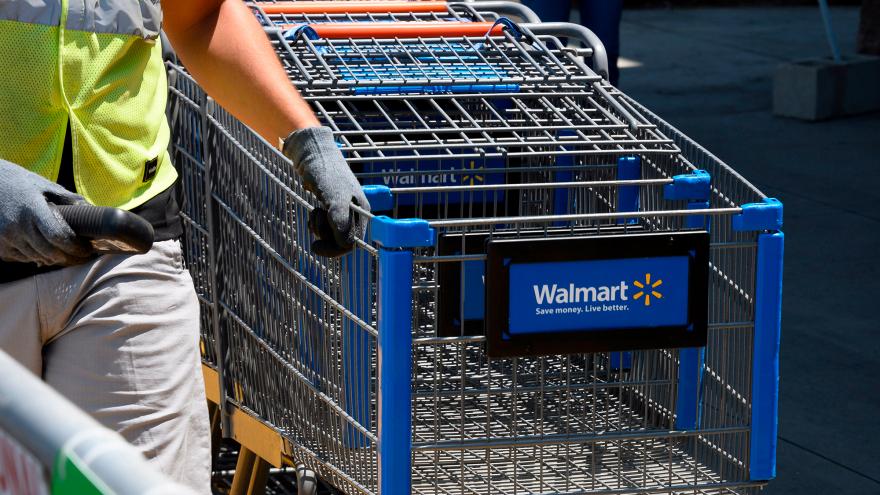 (CNN) -- Walmart will pay its US workers a new round of cash bonuses over the holidays, but critics say the largest employer in this country is not raising workers' pay enough in the pandemic.

Walmart said Thursday that it will pay out an estimated $388 million — $300 to full-time employees and $150 to part-time employees — in one-time bonuses December 24. The retail giant has a workforce of around 1.5 million, more than 60% of whom work full-time.

This will be Walmart's fourth round of such bonuses this year. The company said it also paid its workers quarterly business performance bonuses throughout the year, bringing the total amount Walmart has paid in bonuses this year to upwards of $2.8 billion.

Walmart was deemed an "essential" business and stores have remained open throughout the pandemic. Walmart has grown sales and profits, and its stock price has risen more than 25% this year.

However, unions, worker-advocacy groups and some in Congress say Walmart workers should receive permanent hourly wage bumps or additional hazard pay for doing their jobs in the pandemic, not just cash bonuses.

"While a one-time bonus recognizes the extreme sacrifices of frontline associates during the pandemic, it does not go far enough," said Molly Kinder, fellow at the think tank Brookings Institution, who authored a report last month on worker pay at top retailers during the pandemic.

Walmart's starting wage, $11 an hour, is below many competitors' $15 minimum wage, and Kinder noted that Walmart's latest bonus to workers accounts for less than 25% of the profit increase the company earned last quarter compared to a year ago.

With the additional $388 million in bonuses announced Thursday, Kinder said Walmart workers will earn an average of $0.71 an hour in extra pandemic pay through the end of the year, "far less than the additional pay that frontline retail associates will have earned at many of Walmart's closest competitors," said Kinder.

Delia Garcia, a spokesperson for Walmart, did not respond directly to Kinder's calculations, but said Walmart "associates continue to provide a vital service in communities across the country."

Some chains, such as Target, Best Buy, Home Depot and Starbucks have permanently raised their workers' hourly pay in recent months. (Target's was part of a plan announced in 2017 to increase its minimum wage to $15 by the end of 2020.) Amazon, Kroger, Albertsons and others gave their workers hazard pay during the early months of the pandemic, but have since ended it. Amazon said last week that it will pay holiday bonuses to workers.