Walking while texting and other cellphone related injuries are on the rise, especially for the young 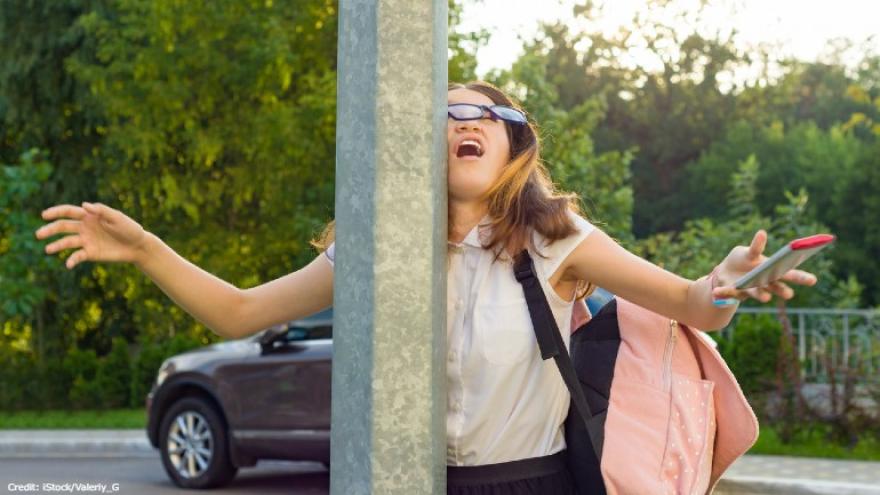 (CNN) -- Cellphones are a literal pain in the neck -- and face, eyes, nose, ears and head. A new study analyzing national emergency room data shows injuries to those areas of our bodies have risen "steeply" over the last 20 years, especially among 13- to 29-year-olds.

The study found most injuries occurred to people between the ages of 13 and 29 and were due to distracted driving, walking and texting with a cellphone.

Cuts to the face and head were the most common injuries, followed by contusions -- bruising of the brain -- abrasions and internal organ injuries. Most people were treated and released instead of hospitalized. While these injuries may not appear to be of major concern, the study said, there can be long-term consequences.

"Facial lacerations and subsequent scarring can lead to anxiety and lowered self-esteem," the authors wrote, especially when infection occurs, which can increase the need for scar revision and other cosmetic surgery. Repairing facial lacerations costs the United States health care system approximately $3 billion a year.

The authors say the study, published Monday in the journal JAMA, was the first to explore injuries to the head and neck area instead of the entire body. They found injuries to be infrequent until 2007 -- when Apple introduced the first iPhone -- but then rose dramatically.

"Although mobile telephones were gaining popularity prior to that time point," the authors wrote, "their functions were limited and they were therefore less likely to be major distractions when compared to modern-day smartphones."

The study found injuries to children 13 and younger were more likely to be due to direct mechanical injury from the cellphone. Authors point out that today's cellphones can be of "substantial size and weight" and can easily injure a small child who are "unintentionally struck by or against" the phone.

Prior studies have shown that just the use of a cellphone can damage necks and upper backs.

That's because for every inch that you tilt your head forward from a neutral position, the pressure on your spine doubles. So if you're looking at a smartphone in your lap, your neck could experience 20 or 30 pounds of pressure.

All that extra pressure puts a strain on your spine and can pull it out of alignment. Dr. Tom DiAngelis, former president of the American Physical Therapy Association's Private Practice Section, told CNN previously that it was like bending your finger back all the way and holding it there for an hour.

"As you stretch the tissue for a long period of time, it gets sore, it gets inflamed," DiAngelis said. "The real question ... is: 'What are the long term effects going to be?' "

Cellphone distraction-related deaths are on the rise as well. The National Safety Council found 2,841 people died in distraction-affected crashes in 2018. And he Governors Highway Safety Association estimated there were more than 6,000 pedestrian deaths in 2018, the highest number in more than 20 years.