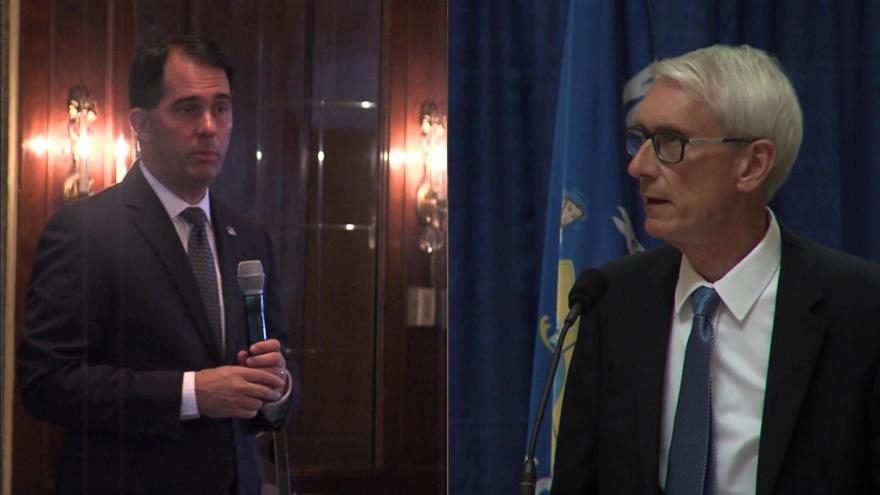 MADISON, Wis. (AP) — Gov. Scott Walker is sending a letter to his Democratic opponent Tony Evers taking him to task over seven instances of plagiarism in budget requests Evers submitted as the head of Wisconsin's education department.

Walker asks Evers in the letter sent Thursday to explain to students "why should you not face the same consequences they would as a result of your plagiarism?"

Evers has said that the source of the material in question should have been cited in the budgets and the Department of Public Instruction staff responsible will be admonished and required to undergo training.

Evers says he would take the same approach with a student and not expel them.

Walker has been trying to elevate the plagiarism issue in the final weeks of the campaign that polls show is a dead heat.