VP's chief of staff on Supreme Court announcement: 'I don't think it will take us long' 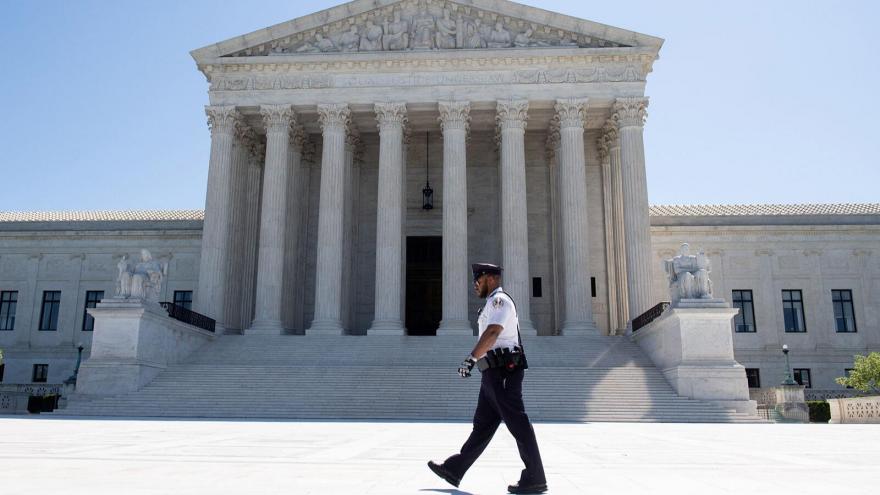 "I don't think it will take us long," Short told reporters after an appearance on CNN's "State of the Union." Earlier, Short told CNN's Jake Tapper that the "President is prepared to make a nomination very soon."

"We've had a couple nominations that have provided the President a chance to interview a lot of candidates. He's narrowed his list and he looks forward to making a nomination and fulfilling his obligation as President to make a nomination," he said.

The vacancy on the bench creates what many conservatives view as a once-in-a-generation opportunity to move the makeup of the court from its current split of five conservative justices and four liberal justices to a more dominant 6-3 majority.

Trump, Short said, has already spoken with a lot of the candidates on his list before the seat was vacant. Short would not comment on the White House re-interviewing candidates this spring, but did not deny that they had the search process underway before there was a formal vacancy.

On Saturday, Trump quickly moved to make the Supreme Court vacancy seat a central issue in his reelection campaign, announcing at a rally in South Carolina that he would name a replacement for Ginsburg next week "and it will be a woman."

Asked how important voting on a nominee before Election Day is to Trump, Short said, "Today, we sit here 44 days out from election, so it's certainly possible. But I think that the President's obligation is to make the nomination, we'll leave the timetable to Leader McConnell."

He later told reporters Sunday that the Supreme Court was a motivating factor in the 2016 election, but said they don't know how it will play into the 2020 race.

"Both sides are about as energized as they can be," Short said, adding this is the President's "obligation" to name a justice to the court.

After the court announced Ginsburg's death, Senate Majority Leader Mitch McConnell said Trump's nominee "will receive a vote on the floor of the United States Senate." And Trump on Saturday said that Republicans have an "obligation" to fill the vacancy on the high court "without delay."

Democrats have blasted McConnell for blocking a vote on then-President Barack Obama's nominee Merrick Garland in 2016 to fill the Supreme Court vacancy created by the death of Justice Antonin Scalia, even though Obama nominated Garland in March of that year — months before the presidential election.

On "State of the Union" Sunday, former President Bill Clinton called it "superficially hypocritical" for Trump and Senate Republicans to try and push forward with filling the vacant seat ahead of the November election.

Later on the same program, Short told Tapper, "I reject the notion as hypocrisy."

"Historical precedent is when your party's in power, and the president nominates, consistently going back to George Washington, the party has continued to confirm those nominees," Short said. "So I don't think there's hypocrisy."

Days before her death, Ginsburg told her granddaughter her "most fervent wish is that I will not be replaced until a new president is installed," NPR reported.

Asked whether the President ever considered honoring Ginsburg's dying wish, Short said, "She's certainly a giant upon whose shoulders many will stand and she blazed a trail for many women in the legal profession. But the decision of when to nominate does not lie with her."

"The reality is that this is the President's obligation to make a nomination, he'll do so and he'll do so in the near future," Short said.