Volvo to go fully electric by 2030 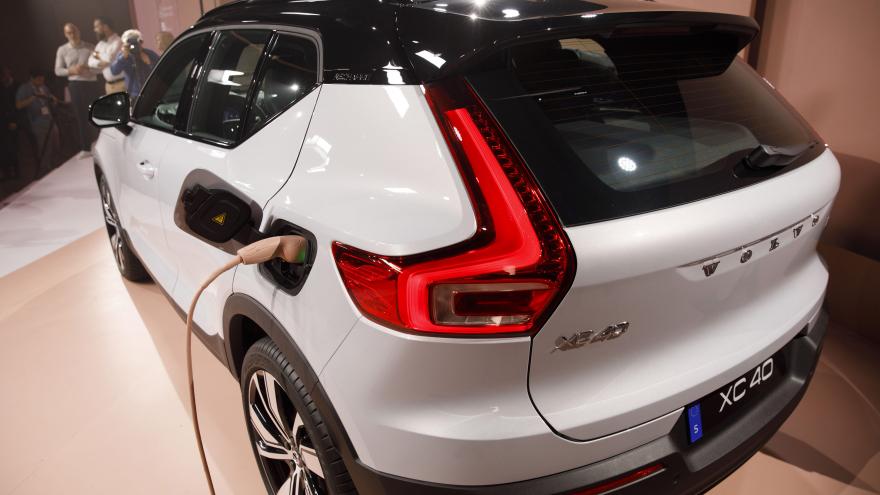 (CNN) -- By the end of the decade, the only Volvo you'll be able to purchase will be electric. And you'll only be able to buy it online.

The Chinese-owned carmaker announced plans on Tuesday to stop selling cars that run on fossil fuels by 2030, part of an accelerating trend within the industry to respond to pressure to tackle the climate crisis. It also said that its new electric vehicles will only be sold online.

The Swedish brand said that as part of the transition, it wants half of its sales in 2025 to be electric cars, and the other half hybrids. That means it will stop selling vehicles powered solely by gasoline or diesel just four years from now.

The targets are aggressive for a company that has only brought one fully electric vehicle, the XC40 Recharge, to market. But they reflect a growing consensus that carmakers cannot delay the switch to electric vehicles without losing customers and angering regulators.

"There is no long-term future for cars with an internal combustion engine," Volvo chief technology officer Henrik Green said in a statement. The transition to selling only electric cars will allow Volvo "to meet the expectations of our customers and be a part of the solution when it comes to fighting climate change," he added.

The automaker said that its second fully electric car, a new model in the 40 Series, will be unveiled later on Tuesday. Several additional electric models will roll out in the coming years, it said.

Volvo said it will invest heavily in online sales and "radically reduce" the complexity of its product offerings. Pricing will be transparent, it said. The strategy is similar to the one used by electric car market leader Tesla, which only sells online.

The announcements come less than a week after Volvo's owner, Geely, scrapped plans to merge the carmakers. China's largest independent automaker said the two companies will keep their independent corporate structures, though they will partner on electric and autonomous driving technology.

Other carmakers have announced plans in recent months to accelerate their transition to electric vehicles. Ford said in February that it plan to sell only electric passenger cars in Europe by 2030. General Motors recently announced it is aiming to sell only emission-free vehicles by 2035.

Much of the action is happening in Volvo's home market. Europe has imposed aggressive targets to reduce greenhouse gas emissions from vehicles, and carmakers face huge potential fines if they do not comply. That has helped the continent pace ahead of the United States on adoption of electric vehicles.

German automaker Volkswagen, which announced an alliance with Ford in 2019, is the leader in electric vehicle sales in Europe. Tesla is building its first European factory outside of Berlin, which is due to open later this year.

Electric vehicles are expected eventually to be cheaper to produce than traditional gasoline-powered cars, thanks to fewer moving parts and thus less need for labor to assemble them.