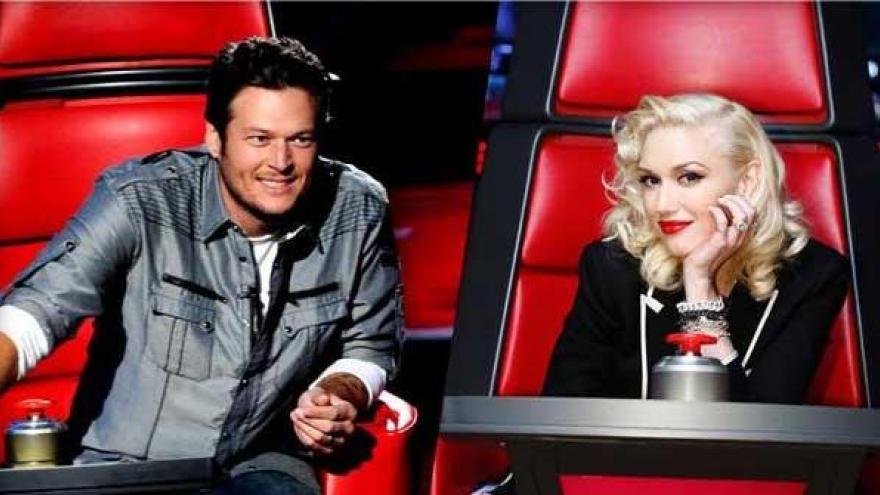 By The Associated Press

NASHVILLE, Tenn. (AP) — "The Voice" coaches Gwen Stefani and Blake Shelton celebrated their nuptials over the Fourth of July holiday during a weekend wedding in Oklahoma.

The pop star and the country star posted photos on Monday of their wedding including an image of the couple posing under a twilight sky.

The fireworks started early for us this weekend! ?? Congrats to @gwenstefani and @blakeshelton on tying the knot. ??: @gwenstefanipic.twitter.com/BgIK7XXEXz

A representative for Shelton said they married in his home state of Oklahoma and the No Doubt singer tagged the wedding photos with Saturday's date.

In one photo, Shelton was dressed in jeans and driving a golf cart decorated with white tulle, while Stefani showed off her white boots under her wedding dress and held up a bouquet of white flowers.

The two singers announced their engagement in October. The two stars met as judges on the singing competition show years ago.

They have released a couple of duets together, including "Nobody But You" and "Happy Anywhere."