Vladimir Putin says Russia is not using energy as a weapon 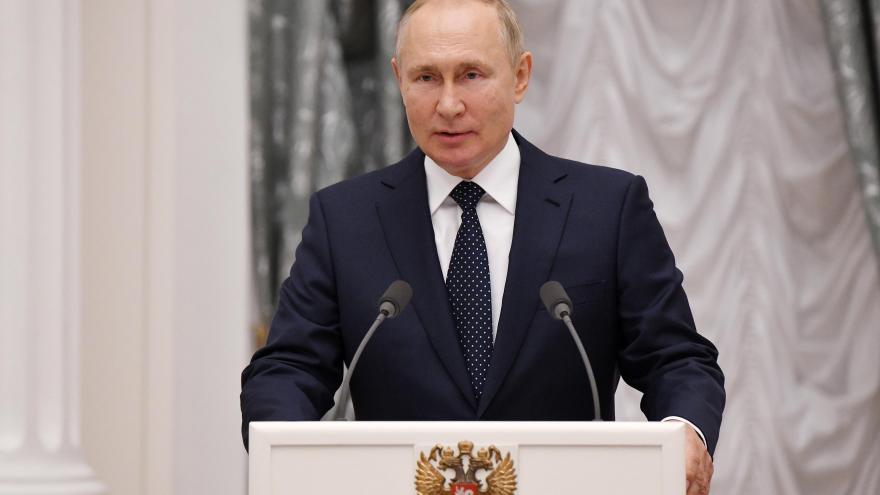 Speaking at an energy conference in Moscow on Wednesday, Putin called the accusations "politically motivated" and without evidence.His comments came as EU officials said lower than anticipated supplies of Russian gas were partly to blame for Europe's energy crisis and pledged to accelerate the bloc's efforts to wean itself off fossil fuels.

"Russia is not using any weapons," Putin said. "Even during the hardest parts of the Cold War, Russia regularly fulfilled its contractual obligations and supplied gas to Europe," he added.

Russia last interrupted gas exports to the European Union in January 2009 after failing to agree prices and pipeline transit tariffs with Ukraine. It also reduced gas flows briefly to Ukraine in 2006 and 2008 as the result of pricing disputes.

State-owned Gazprom warned of a repeat of the 2009 crisis in 2014 after Ukraine failed to pay its energy bills and Russia's relations with the West plummeted over its annexation of Crimea. That threat never materialized.

Putin struck a more conciliatory tone on Wednesday, saying that Russia was "prepared to discuss any additional steps" with European governments to tackle the worsening energy crisis.

"Russia flawlessly fulfills its contractual obligations to our partners, including our partners in Europe," he said. "Moreover, we always strive to meet our partners halfway."

Wholesale electricity prices in Europe have increased by 200% compared to the 2019 average, according to the European Commission. The surge is the result of soaring natural gas costs, driven by high demand in Asia and lower-than expected deliveries from Russia.

Most EU countries rely on gas-fired power stations to meet electricity demand, and about 40% of that gas comes from Russia, according to Eurostat.

Last month, the International Energy Agency called on Russia to supply more natural gas to Europe to help alleviate the crisis, saying that although Russia is meeting contractual obligations to European customers, exports are down from their 2019 level.

Kremlin spokesman Dmitry Peskov told journalists on Wednesday that Russia has increased gas supplies to Europe to the maximum possible level under existing contracts and cannot exceed those thresholds.

Russian officials have previously said that speeding up the approval of the controversial Nord Stream 2 pipeline linking Russia with Germany could help bring down natural gas prices. The pipeline was completed last month despite years of opposition from countries including the United States, which warned that it would boost Moscow's influence in Europe.

The Biden administration announced in July that it had reached a deal with Berlin that would allow the pipeline to go ahead in exchange for German assistance to Ukraine. It is now awaiting clearance from German authorities.

The European Commission on Wednesday unveiled a series of measures aimed at tackling the energy crisis, including speeding up the transition to renewable forms of energy.

EU member states have put in place a series of emergency measures to help consumers and businesses cope with the decade-high electricity costs, including direct financial support to households, state aid for companies and targeted tax reductions.