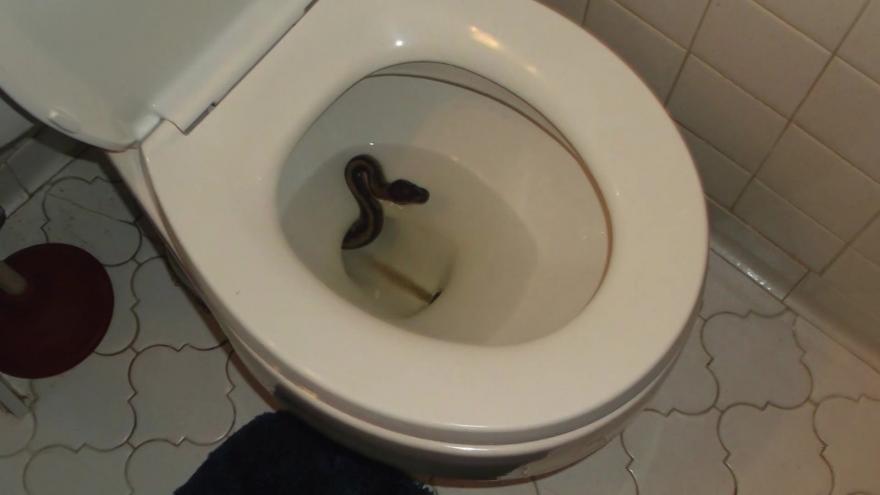 A Virginia man says he found a snake slithering its way out of his toilet. The man wasn't sure what to do and says he grabbed his fishing pole and tied a loop at the end of the line. 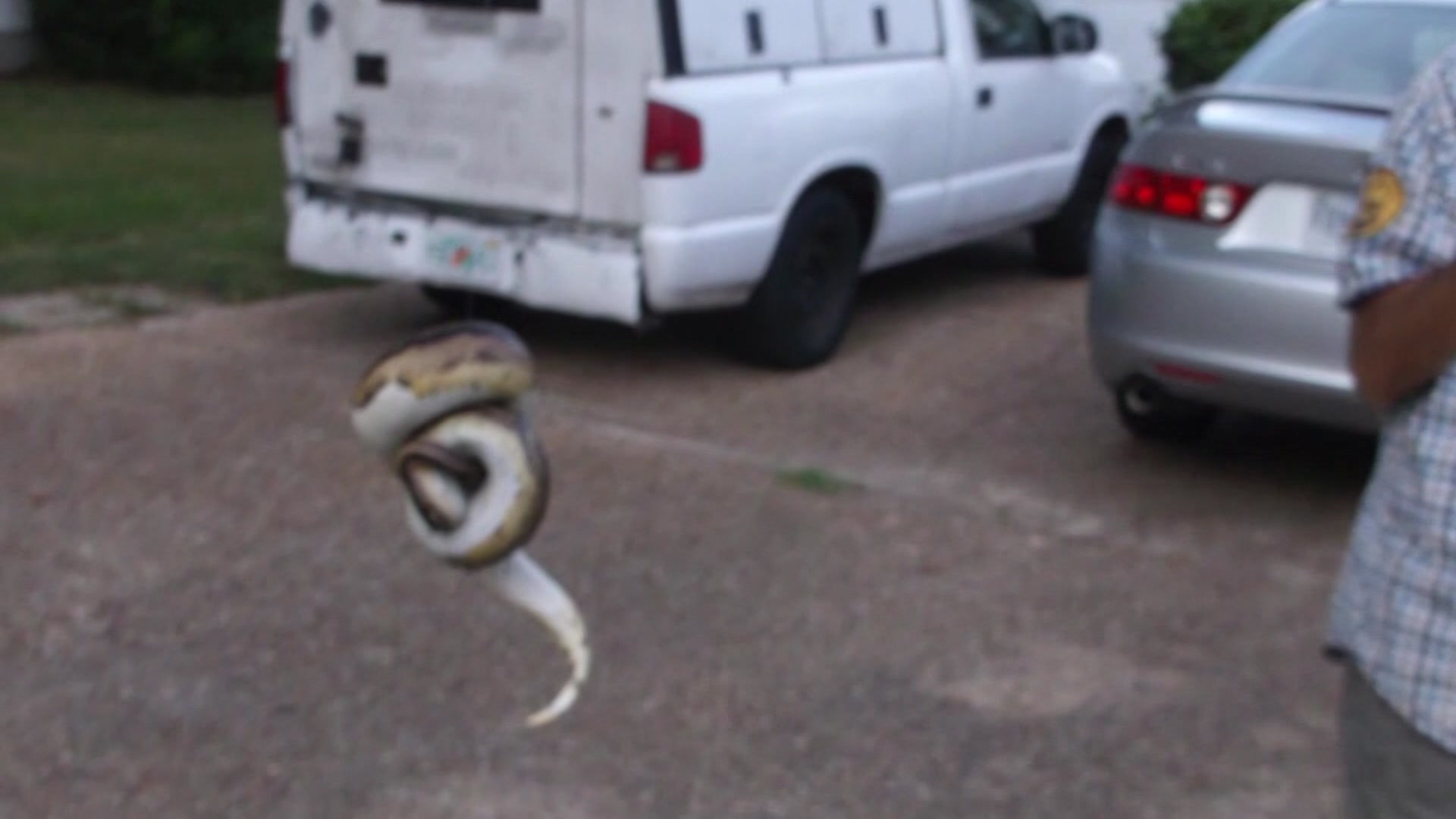 He managed to get a hold of the snake and pulled it out of the toilet. He then called animal control who identified the snake as a Ball python.

It was later discovered that the snake was someone's pet that had escaped two weeks earlier. The owners say they saw a post on Facebook about the snake being found and recognized it. Animal control was helping to reunite the snake with its owners and to put it in a more secure enclosure.