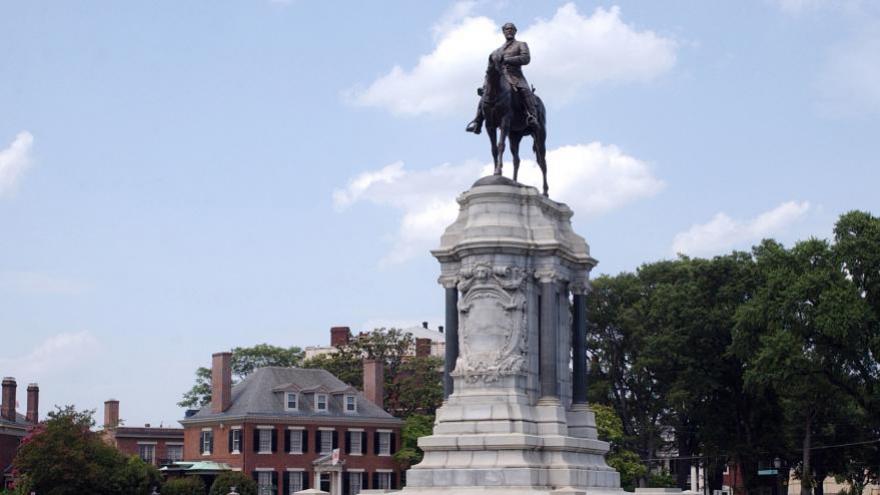 "That statue has been there for a long time. It was wrong then, and it's wrong now. So we're taking it down," Northam, a Democrat, said during a news event in Richmond.

Northam said he would be directing the Department of General Services to remove the statue "as soon as possible" and it will go into storage while they "work with the community to determine its future."

"Make no mistake, removing a symbol is important but it's only a step. It doesn't mean problems are solved. There are still monuments of inequalities that exist in our commonwealth and in this country," the governor said, calling for change and healing.

The Richmond city government also announced on Wednesday that the city's mayor and a city council member will -- on July 1 -- introduce an ordinance to bring down all the Confederate monuments on Monument Avenue in the former capital city of the Confederacy.

"It's time to replace the racist symbols of oppression and inequality," Richmond Mayor Levar Stoney said during Thursday's announcement, declaring, "Richmond is no longer the capital of the Confederacy."

A state law is also going into effect on July 1 that gives localities the ability to remove or alter Confederate monuments in their communities.

Also appearing alongside the governor, Rev. Robert W. Lee IV, a descendant of Lee, commended the decision to remove the statue of Lee, which he argued is a "symbol of oppression" that must be taken down.

The plans come as the country continues to see widespread protests surrounding the death of George Floyd, a black man who was killed last week at the hands of a white police officer in Minneapolis. Protesters have demanded justice for Floyd and have sought to draw attention to decades of police abuse toward black Americans as a result of what they say is institutionalized racism in law enforcement agencies.

CNN reported on Monday that protesters in Richmond had attempted to pull down the statues on Monument Avenue, which police warned was putting them "in grave jeopardy."

"They are extremely heavy and would crush anyone standing too close. Please be aware of the danger. Stand down!" the Richmond Police Department said in a tweet on Monday.

Northam on Thursday acknowledged that some may be upset and angry about his decision, but he argued that Virginia needs to take a "honest look at our past."

In a statement Thursday, Virginia Senate Republican leaders pushed back against Northam's decision to remove the Lee statue, saying it's "not in the best interests of Virginia."

"Attempts to eradicate instead of contextualizing history invariably fail. And because of this Governor's personal history, the motivations of this decision will always be suspect," they said, appearing to refer to Northam's admission of wearing black face to impersonate Michael Jackson and a scandal last year involving a racist photograph.

Northam initially apologized for the racist photo that was on his medical school yearbook page, then reversed course the next day and said he believed he was not in the photo. An investigation concluded last spring could not determine if Northam was in the photo.

Statues memorializing Confederate generals and soldiers have been at the center of an intense national debate in recent years, with opponents of them saying they wrongly honor long-deceased supporters of slavery. Those who defend preserving the statues, including many historians, argue they shouldn't be destroyed because they can impart important lessons about the ugliness of the past.

In April, Northam signed a bill into law that removed the Lee-Jackson day holiday, which honored Lee and Thomas "Stonewall" Jackson, and instead established Election Day as a holiday.

The governor also signed legislation that creates a commission to remove Virginia's statue of Lee from the US Capitol and recommend a replacement.

This story has been updated with additional information about the announcement.