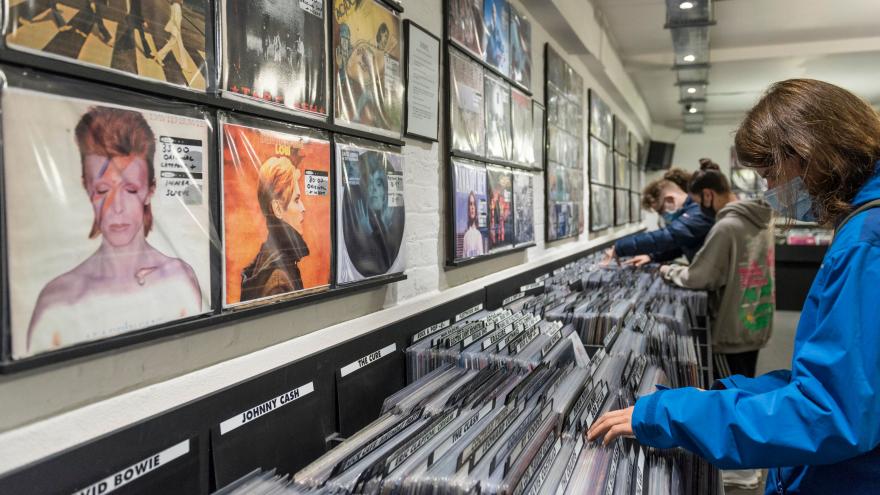 (CNN) -- The days of vinyl records being a nostalgic relic of the past are long gone. This year, vinyl sales have outpaced CD sales in the United States for the first time since the 1980s.

Vinyl records accounted for $232.1 million of music sales in the first half of the year, compared to CDs, which brought in only $129.9 million, according to a report from the Recording Industry Association of America.

Vinyl records, also known as "records pressed on wax," were commonplace before other formats, such as cassette tapes and CDs, become the preferred mode of listening to music. But that hasn't stopped vinyl records from making a resurgence. Since 2005, sales for vinyl have grown consecutively. In the first half of 2020, vinyl revenue was up 4%, while CD revenue was down 48%, according to the RIAA.

However, the boost in vinyl interest hasn't been enough to keep physical sales from dropping. Physical sales plunged 23% to $376 million, in the first half of the year as the pandemic continues to stall music industry norms. Concerts and visits to music stores have all but disappeared.

Despite the stunted growth of physical sales, music streaming has continued to boom.

Streaming, which includes the revenue of paid streaming, ad-supported streaming and streaming radio, grew 12% to $4.8 billion during the first six months of 2020, RIAA found.

That makes streaming the dominating music format, accounting for more than 85% of music industry revenue.

So far, overall music industry sales have grown 5.6%, mainly driven by streaming, for a total of $5.7 billion during the first six months of this year, alone.