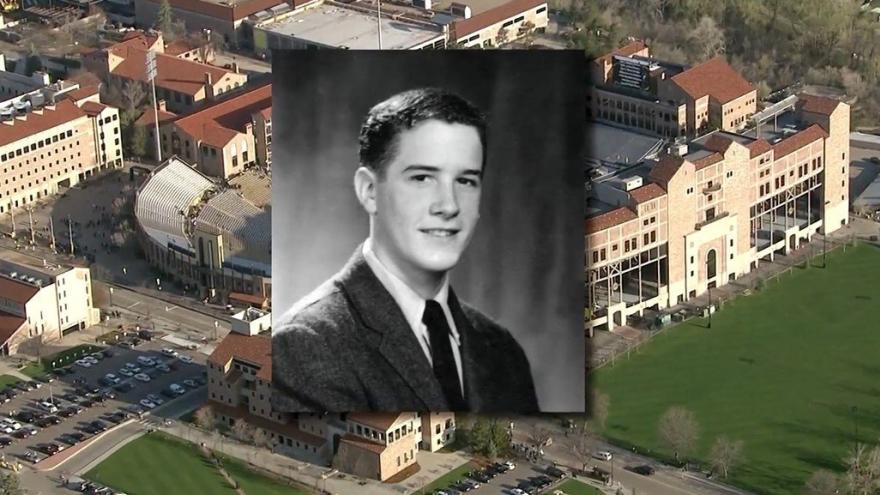 BOULDER, Colorado (KCNC) -- Frank Webb always wanted to make his mother proud, and that included graduating from college. But that graduation day with all the pomp and circumstance didn’t happen.

“I know she’d have been happy to see me in my cap and gown,” Webb said.

In 1968, Webb missed his commencement ceremony at the University of Colorado Boulder. He would earn his degree, but didn’t see his diploma until 3 years later.

“I’d already missed the commencement, but I was in Vietnam when I got the diploma.”

After being drafted into the military, Webb got a job as an editor of a military newspaper.

“(I wrote) lots of stories about the guys who were doing all the work in the heat and the dust and the danger. It wasn’t so much (danger) for me, but I felt I couldn’t put out a poor quality piece of junk.”

After spending a year in service during the Vietnam War, he returned to the United States and finished his service. He wound up marrying his wife Colleen and started a family. He worked in the technology sector for many years and then became a school bus driver in Seattle. But he felt like he had one more stop in life to make.

“I felt like I owed it to my mother to show up one more time and actually take the walk at commencement,” he said.

Webb called CU to see if he could walk onto the stage with his cap and gown. The university agreed.

Now, 54 years after earning his college degree, Webb will be honored by the university as a graduate. He’ll celebrate with the Class of 2022 on Thursday at Folsom Field.