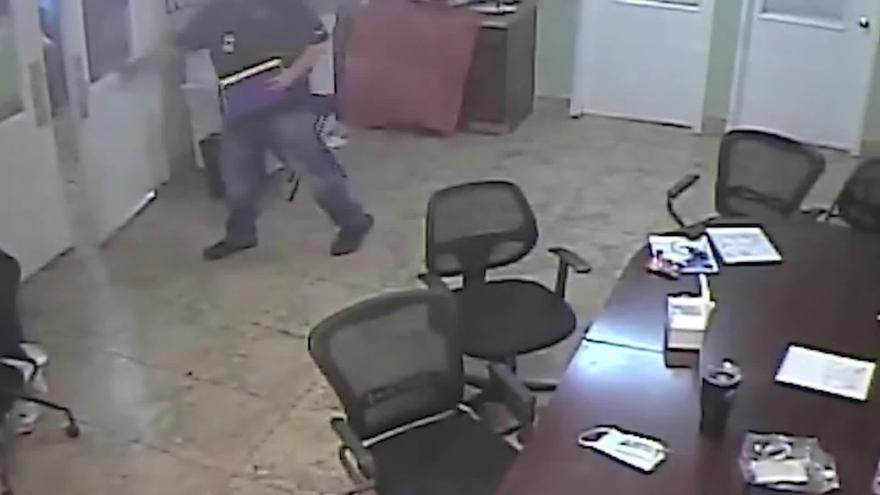 (CNN) -- A case regarding the alleged abuse of migrant children in a Southwest Key shelter will be referred Monday to the Maricopa County Attorney's Office for review and to determine whether criminal charges will be filed, authorities in Arizona said.

The news comes after the Arizona Republic first obtained surveillance videos through an open records request that show staffers pushing and dragging migrant children in a shelter operated by Southwest Key, the nation's largest provider of migrant children shelters.

According to the newspaper, the incidents took place at the Hacienda Del Sol shelter in Youngtown in mid-September and involved three children and numerous staffers.

The Maricopa County Sheriff's Office initially told CNN it investigated the allegations and determined the actions did not rise to the level of criminal charges.

But the office changed its mind and said in an updated statement released Sunday: "Based upon the evidence gathered during this thorough investigation, MCSO executive command has made the decision to submit the case to the Maricopa County Attorney's Office for its review and determination of criminal charges."

Amanda Steele, a spokeswoman with the Maricopa County Attorney's Office said once the case is submitted by police, prosecutors may decide to file charges if they have "evidence to establish a reasonable likelihood of a conviction."

"This standard ensures we do not needlessly charge persons we cannot prove are guilty of a crime beyond a reasonable doubt," she said.

She added the immigration status of any victims will have "absolutely no bearing on any charging decision."

Southwest Key closed the Hacienda Del Sol facility in late October after negotiations with state health authorities, who were considering revoking the licenses of 13 Southwest Key shelters in Arizona.

CNN previously reported the Arizona Department of Health Services considered the move because Southwest Key had failed to provide the department with proof that it conducts background checks on employees.

The videos were blurred and edited by the state's Department of Health Services, which licenses the migrant shelters.

One clip published by the Arizona Republic shows a male staffer dragging a young child into the room and pushing him against the wall. There appears to be a confrontation between the two before the male staffer leaves the room.

Another video shows a female staff member pulling a child through the room and attempting to enter another room.

The child lies on the ground and the female staffer drags the child through the doorway as another staff member pulls a different child into the conference room and drags that child into the next room.

Southwest Key declined to comment on the referral of the case.

Spokesman Jeff Eller told CNN that the company self-reported to the Department of Health and Human Services, the Office of Refugee Resettlement (ORR) and local police at the time the events occurred.

After an internal investigation, two staff members were fired and additional disciplinary measures were taken against other staffers, said a source with direct knowledge of how the incidents in the videos were handled.

The Arizona Department of Health Services confirmed to CNN that it did receive a report about the incident in mid-September and that it prompted an investigation and on-site inspection.

"During an informal settlement conference, both parties agreed to the terms of a settlement agreement, including the surrender of two licenses, along with other provisions to ensure the health and safety of children under SWK care," the agency said in a statement Monday. "The facility where these videos were taken is no longer in operation, due to the surrender of the license."

In October, Eller said Southwest Key "wholeheartedly welcomed the Office of Refugee Resettlement's decision to suspend operations at Hacienda Del Sol and are working to thoroughly retrain our staff. We are simultaneously engaging the Child Welfare Consulting Partnership to do an independent, top to bottom review of our processes, procedures, hiring and training in our Arizona shelters."

An HHS spokesperson said the agency focuses on the safety and best interest of each child.

"These are vulnerable children in difficult circumstances, and ORR exercises its custodial responsibility for each child with the utmost care," the spokesperson said. "When any allegations of abuse or neglect are made they are taken seriously, investigated and swift action is taken."