Video: Thief sets down his gun; clerk grabs it and forces him out 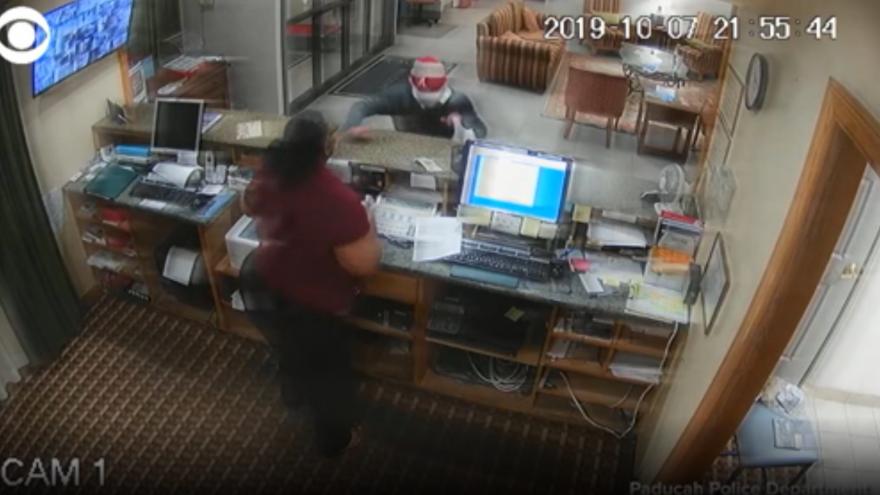 PADUCAH, Ky. (AP) — A Kentucky hotel clerk managed to force a thief out of her workplace by grabbing a gun he set down on the check-in counter while stuffing cash into a bag.

Security video obtained by news outlets shows an armed man with his face covered, demanding money from an employee at a Country Inn and Suites on Monday.

In the video, she can be seen handing over bills as the suspect sets his gun down to collect them. That's when the clerk grabs the gun and turns it on him.

The man tries hopping over the counter to reclaim the weapon but the employee continues pointing it at him until he flees into a waiting car.

Paducah police are investigating and have asked for the public's help identifying the suspect.