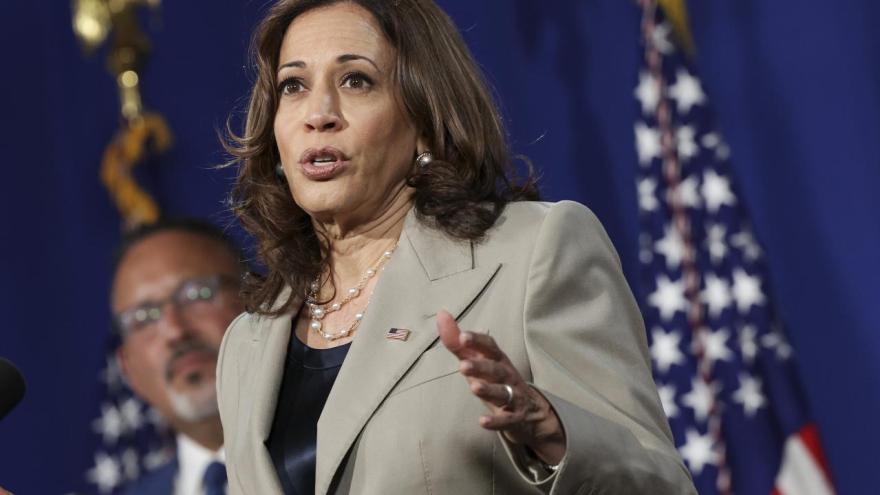 On June 16, Vice President Kamala Harris will launch the first meeting of a new national task force aimed at helping to prevent and address online harassment and abuse, according to the White House.

Ahead of the meeting, President Joe Biden signed a memorandum establishing the initiative, the White House Task Force to Address Online Harassment and Abuse. The interagency effort will particularly focus on online harassment and abuse of women and LGBTQ Americans, as one senior administration official ahead of the meeting noted how such harassment "disproportionately targets" those communities.

Harris launched the meeting by recalling her experience as California attorney general dealing with cyber exploitation crimes and saying that more needs to be done to protect Americans online. She reflected on how hate on the internet has become "normalized" and that for many people it is "a place of fear."

"This affects all of us, if it affects any one of us," Harris said, adding: "All of us have a responsibility to stand together to support those who have gone through this, but to also recognize they shouldn't have to be alone fighting on this issue."

The Gender Policy Council and the National Security Council will co-chair the task force, whose members include Cabinet officials like Attorney General Merrick Garland, Secretary of State Antony Blinken, Health and Human Services Secretary Xavier Becerra, Homeland Security Secretary Alejandro Mayorkas and other agency heads and officials, as well as advocates and survivors.

The initiative, which fulfills a campaign promise Biden made, has been charged with developing recommendations for Congress, state governments and private entities, as well as policies for the federal government. It is to provide its suggestions and recommendations within 180 days of its launch.

The recommendations, according to the senior administration official, will focus on increasing support for survivors of online harassment and abuse, expanding research into the problem, improving prevention efforts and strengthening accountability for offenders and for platforms. The official noted that the administration believes it's crucial to understand the "nexus between online misogyny and radicalization to violence," noting recent mass violence like the Buffalo, New York, supermarket shootings.

"The tragic events in Buffalo and Uvalde have underscored a fact known all too well by many Americans: the internet can fuel hate, misogyny, and abuse with spillover effects that threaten our communities and safety offline," a fact sheet on the initiative reads.

The task force is not zeroing in on any particular technology platform but rather "on the role of platforms and social media more generally," according to the senior official. The official added that they are focused on "illegal conduct" online.

The event on Thursday included testimony from experts and survivors, including American tennis star and mental health advocate Sloane Stephens, as well as Mary Anne Franks, the president of the Cyber Civil Rights Initiative.

"No one should have to endure abuse just because they are attempting to participate in society," Harris said.