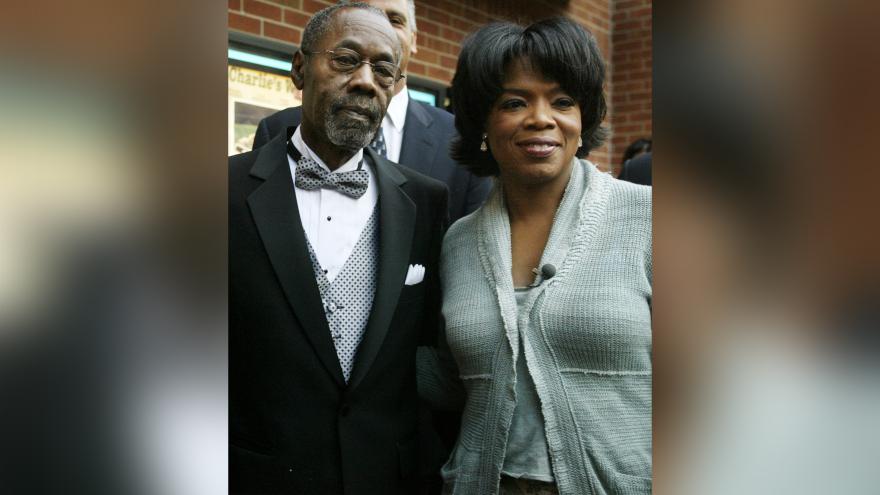 "Yesterday with family surrounding his bedside I had the sacred honor of witnessing the man responsible for my life, take his last breath," Oprah said in a tribute to her father shared on Instagram. "We could feel Peace enter the room at his passing."

A tribute written on Oprah Daily, Oprah's lifestyle outlet, said Oprah was able to spend time with her father in Nashville during his final weeks.

On July 4, Vernon was surprised with a "Vernon Winfrey Appreciation Celebration" and backyard barbecue, where he was surrounded by friends and loved ones.

The celebration was a way to give her father his "'flowers while he's still well enough to smell them," Oprah said in an earlier post.

During the celebration, Oprah's friend and gospel singer Wintley Phipps sang for him. "He FELT the love and reveled in it until he could no longer speak," she wrote.

Vernon was a well known barber in his community and served on the Metro Nashville Council for 16 years.

"I offer my deepest condolences to the family of Vernon Winfrey. Vernon served on Metro Council for 16 years and dedicated his life to entrepreneurship, barbering, and mentoring young men in the community," Nashville Mayor John Cooper said on Twitter. "An Army veteran and deacon, he leaves behind a legacy of service."

Oprah's mother, Vernita Lee, died in 2018 at 83. Lee was born in Mississippi and gave birth to Winfrey as a young woman. Lee and Vernon never married.