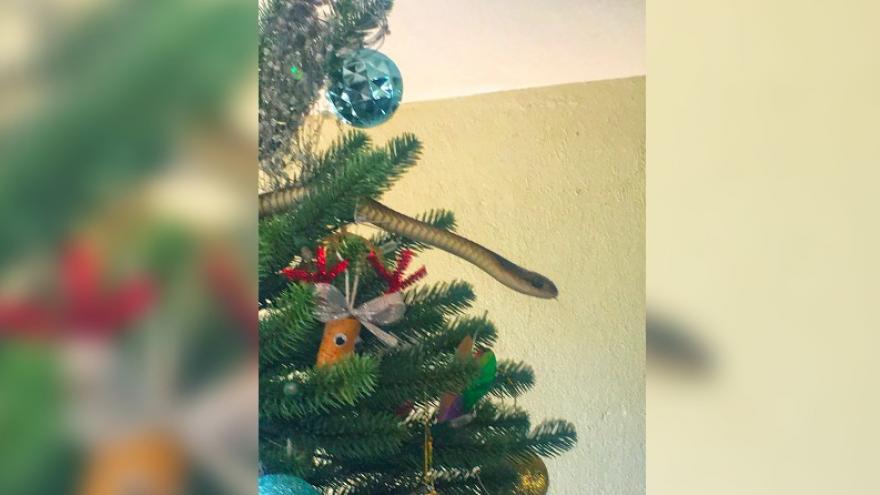 (CNN) -- There's usually a sense of excitement about what lies beneath the Christmas tree, but for one festive family the biggest surprise was lurking in the branches up above.

Rob and Marcela Wild wasted no time in calling in a professional after they discovered one of Africa's most venomous snakes hiding between the tinsel and baubles at their home in South Africa on Friday.

Having decorated the tree just hours earlier, they spotted their cats staring at its branches.

Rob Wild, a British stock market trader who moved with his Costa Rican wife to South Africa 18 years ago, told CNN on Tuesday: "The cats were peering into the tree and my wife said 'there's probably a mouse in there somewhere.'"

They soon discovered a rather different animal staring back, however -- a boomslang.

"I didn't know what it was at the time but then I Googled what snakes are in our area and it came up immediately as a boomslang. I thought 'holy Moses, this is the king of all poisonous snakes,'" the 55-year-old said.

The boomslang is known as a shy species, but it is one of the most venomous in Africa. The animal's venom causes hemorrhages and can be fatal to humans in small amounts.

Snake catcher Gerrie Heyns confirmed the animal's identity when he arrived at the family's property in Robertson, the Western Cape, soon afterwards. The snake was female and between 1.3 meters (4.3 feet) and 1.5 meters (4.9 feet) long, Heyns told CNN on Tuesday.

He said he instructed the family to stay away from the tree, but to "keep their eyes on the snake" until his arrival.

"The snake stayed in the tree for two hours until I got there," Heyns said. He used "snake tongs" to place it on the floor, where it was "easier to handle," he added. 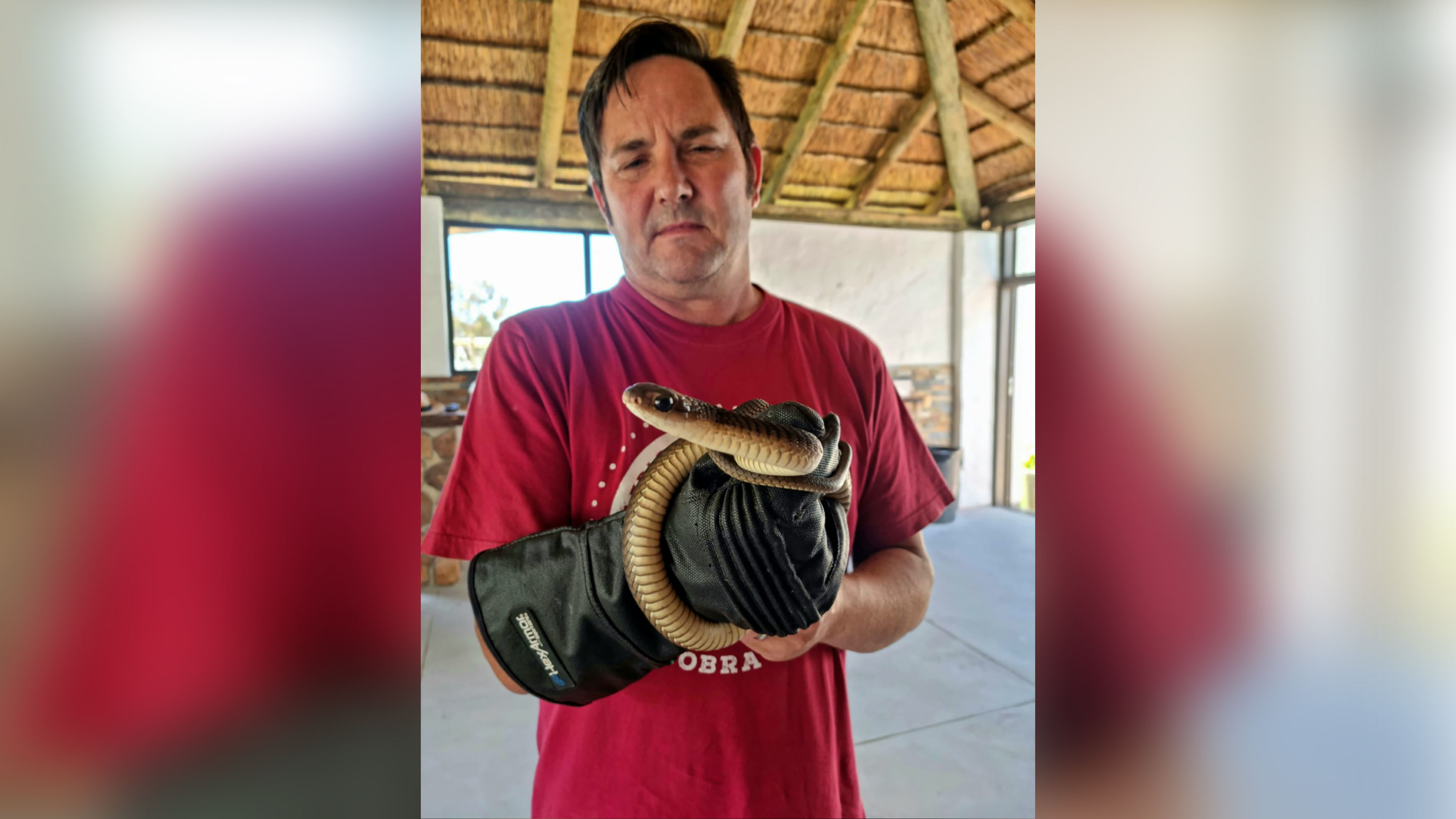 "Once I had it under control the family came right up to see the snake. It didn't try to bite or be defensive because I gave it no reason to. A scary moment turned into an exciting moment for the children," Heyns said.

He then held it behind the neck and placed it in a "snake tube." As it was getting dark, Heyns took the reptile home where he temporarily housed it in a snake enclosure before releasing it back into the wild on Sunday.

Heyns said the snake would have likely entered the property in search of food, water and shelter.

"Probably when it saw the first movement it tried to escape into the nearest hiding place which was the tree," he said.

Heyns, who has removed hundreds of snakes from South African homes, said that bites from a boomslang are rare.

Heyns said that in his eight years as a professional catcher, he has only been bitten once -- and that was because he hadn't realized the animal had been shot and was acting defensively.

"They (snakes) are very reluctant to bite but have just been demonized so much," he added.