Vehicle fleeing police kills a grandmother and injures 4 people, including an 8-year-old 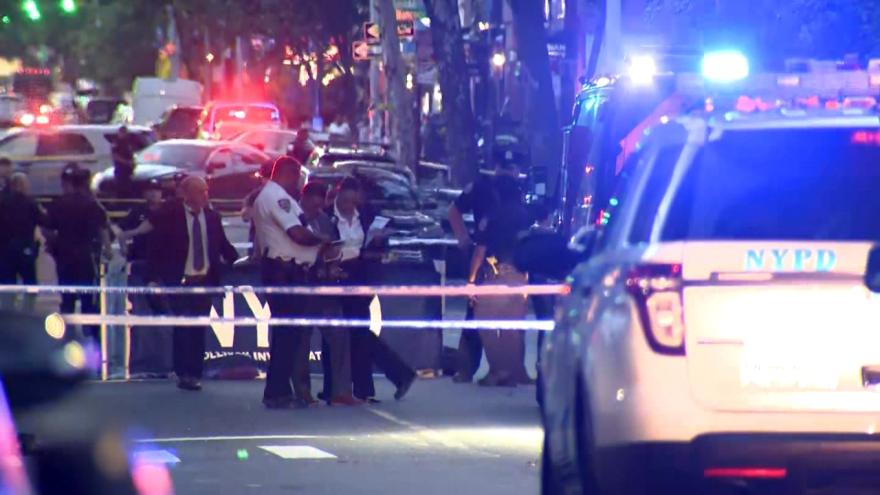 (CNN) -- A grandmother was killed and an 8-year-old boy was among four others injured when they were struck by a vehicle fleeing police Saturday night, officials in New York City said.

New York Police Department officers had attempted to stop the vehicle around 7:10 p.m. because it had mismatched plates, Assistant Chief Judith Harrison said in a news conference Saturday. The officers also suspected two of the vehicle's occupants were smoking marijuana, said Harrison.

The driver of the vehicle stopped at Ralph Avenue and Chauncey Street in Bedford-Stuyvesant, but as officers approached the vehicle on foot it fled north "at an extremely high rate of speed," said Harrison.

Several blocks away, the vehicle struck two pedestrians and a person on a bicycle, Harrison said, before striking another pedestrian and a vehicle at the next intersection. Two passengers fled the suspect vehicle on foot and left the scene.

One person was killed, one is in critical condition and three people are being treated at local hospitals but expected to fully recover, Harrison said.

Mayor Eric Adams described the deceased victim as "an elderly grandmother," and Harrison later confirmed that one of the injured is an 8-year-old who is "fighting for his life right now."

"We lost a grandmother tonight. We lost one of my neighbors. ... We have a child that's hanging on for his life," Adams said at the news conference.

One person was in custody in connection with the incident, Harrison said, but it was unclear if that individual was a passenger or the driver. Charges had not yet been filed Saturday night.