'Vax' is Oxford English Dictionary publisher's 2021 Word of the Year 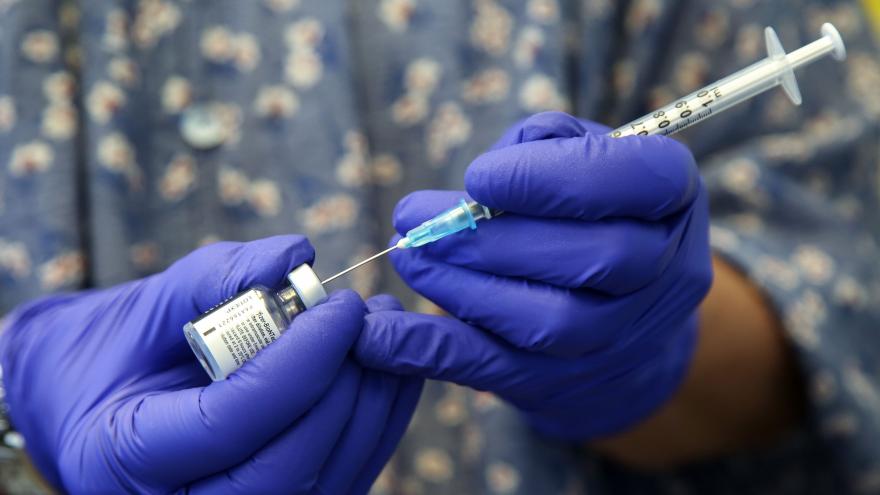 (CNN) -- "Vax" is the Word of the Year for 2021, according to the annual report from Oxford Languages.

Defined as "a colloquialism meaning either vaccine or vaccination as a noun and vaccinate as a verb," vax was relatively rare until this year, the company, which publishes the Oxford English Dictionary, said Monday.

In September, vax appeared more than 72 times more frequently than the year before, said Oxford Languages, which analyzes news content to track changes in the English language.

The word first appeared as a noun in the 1980s and then started to be used as a verb in the early 21st century, according to the report.

"It has generated numerous derivatives that we are now seeing in a wide range of informal contexts, from vax sites and vax cards to getting vaxxed and being fully vaxxed, no word better captures the atmosphere of the past year than vax," Oxford Languages said.

Data analysis shows that vax is most commonly used in North America, Australia and South East Asia, the company said, but usage is increasing in the UK and other varieties of English.

"As a short pithy word, it appeals, perhaps especially to media commentators, when more formal alternatives are much more long-winded," the report said.

In 2020, the company was unable to name its traditional word of the year, instead exploring how far and how quickly the language had developed.

The 2020 report moved through the year, detailing the most important words in certain months, based on spikes in use, from "bushfire" in January, when Australia suffered its worst fire season on record, to "acquittal" in February, when former US President Donald Trump's first impeachment trial ended.

In June, use of the phrase "Black Lives Matter" exploded following the police killing of George Floyd in the US, followed by "cancel culture" and "BIPOC," an abbreviation of "Black, indigenous and other people of color."