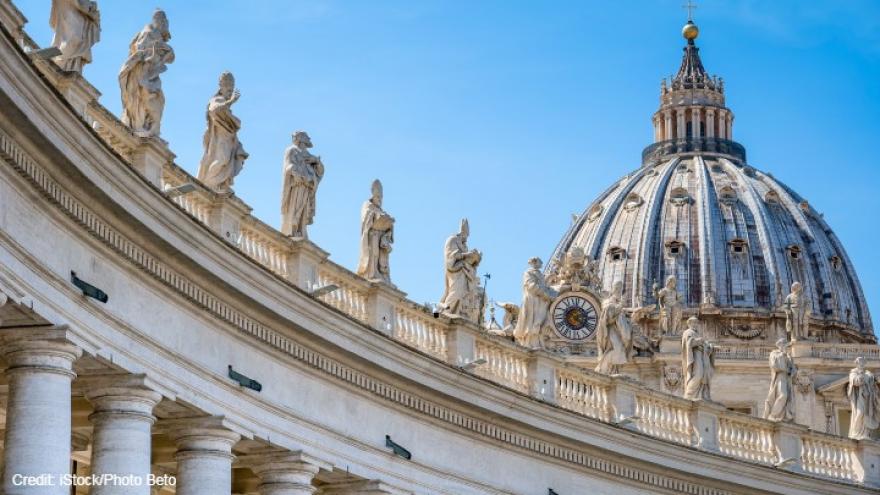 (CNN) -- The late Pope John Paul II was warned about allegations of sexual impropriety by then-Archbishop Theodore McCarrick, but chose to promote him to Archbishop of Washington anyway following McCarrick's own denials and an investigation by American bishops that returned "inaccurate and incomplete information," an internal Vatican investigation concluded Tuesday.

The report into the Vatican's handling of the highest ranking church figure to be defrocked over sexual abuse comes after two years of investigation.

Raised to cardinal in 2001 by John Paul II, a year after he became Archbishop of Washington, McCarrick went on to become a power player both in the church and in Washington, known for his fundraising and influence.

The report largely appears to absolve the current pope, Francis, from blame.

McCarrick resigned from the College of Cardinals in 2018 and was defrocked by the Vatican last year after a church trial found him guilty of sexually abusing minors.

"Until 2017, no one ... provided Pope Francis with any documentation regarding allegations against McCarrick," the report's executive summary says.

"Pope Francis had heard only that there had been allegations and rumors related to immoral conduct with adults occurring prior to McCarrick's appointment to Washington," the report says, adding that Francis at first believed "that the allegations had already been reviewed and rejected by Pope John Paul II."

The report claims that Pope Benedict XVI asked for McCarrick's resignation in 2005 after "accusations of harassment and abuse towards adults began to surface once again."

The report claims that the Vatican's Office for Bishops told McCarrick orally in 2006 and in writing in 2008 to retire from public life, but that he ignored those recommendations.

The report says that Pope Francis was also aware of "rumors related to immoral conduct with adults" prior to McCarrick's appointment to Washington but decided not take any further action to modify "the course adopted by his predecessors."

When the first accusation of sexual abuse of a minor emerged in 2018, Pope Francis' response was "immediate" according to the report, and he dismissed the former Cardinal from the priesthood.