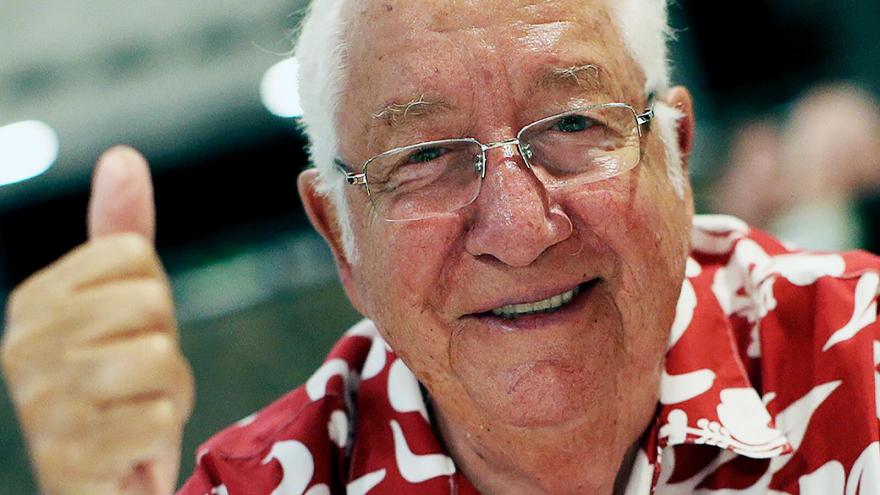 Paul Van Doren, one of the co-founding brothers of the Vans company, has died.

(CNN) -- Paul Van Doren, the co-founder of Vans sneaker and clothing company, has died at age 90, the company announced Friday.

"It's with a heavy heart that Vans announces the passing of our co-founder, Paul Van Doren," the company tweeted. "Paul was not just an entrepreneur; he was an innovator."

Van Doren, a high school dropout, launched the brand renowned in skateboarding circles alongside his brother Jim Van Doren and two other partners. The first Vans store opened in 1966 in Anaheim, California. On the store's opening day, 12 customers purchased shoes, the company said.

Van Doren led the company at various times for the next two decades until it was sold in 1988. Vans is currently owned by VF Corporation, which also runs brands such as Supreme, The North Face, Timberland, Dickies and JanSport. Today, there are more than 300 Vans stores worldwide.

Less than two weeks ago, Van Doren released on Amazon his autobiography, "Authentic: A Memoir by the Founder of Vans," which details his life and the growth of the company to a force in the sneaker and apparel industries.

"We send our love and strength to the Van Doren family and the countless Vans Family members who have brought Paul's legacy to life," the company said via Twitter.