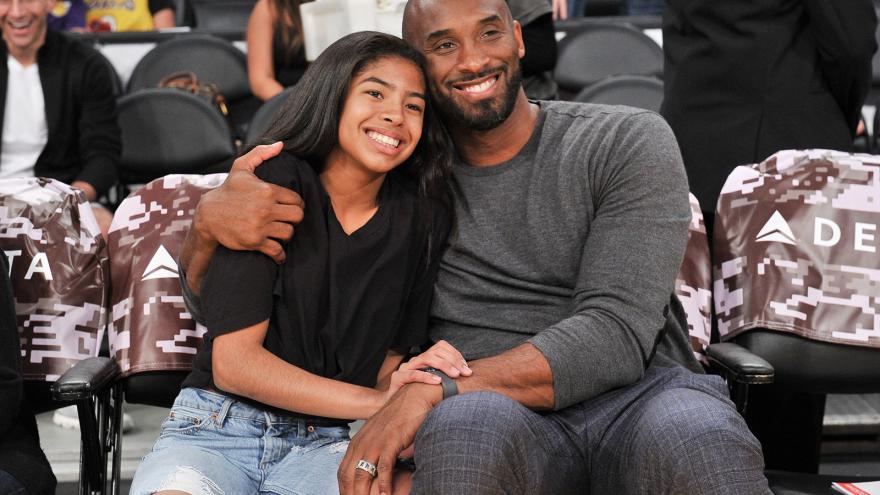 (CNN) -- The names of four Los Angeles County Sheriff Department (LASD) deputies who allegedly took or shared grisly photos of the scene of the helicopter crash that killed NBA legend Kobe Bryant will be released to his wife Vanessa Bryant, a judge ruled Monday.

Attorneys for the LASD and Los Angeles County wanted to keep the deputies' names and ranks sealed, arguing that "hackers may attempt to seek out and gain access to the individual deputies' devices to locate any photographs and publish them," according to court documents.

U.S. District Judge John F. Walter said in a ruling on Monday that this is "totally inconsistent with their position that such photographs no longer exist."

Bryant last month called for the sheriff's department to release the names of the deputies involved in the photo sharing, saying they must be held accountable.

"The Sheriff's Department wants to redact the names of the deputies that took and/or shared photos of my husband, daughter and other victims," Bryant wrote in a statement posted on Instagram. "Anyone else facing allegations would be unprotected, named and released to the public. ... These specific deputies need to be held accountable for their actions just like everyone else."

Prior to Monday's ruling, Sheriff Alex Villanueva had confirmed that all photos of the crash that were in the possession of those deputies have been deleted.

Kobe Bryant, his daughter 13-year-old daughter Gianna, and seven other people died when the helicopter they were in crashed near Calabasas as it headed to a youth basketball game on a foggy morning on January 26, 2020.

After concluding their investigation last month, the National Transportation Safety Board said Island Express charter pilot Ara Zobayan pushed the limits of bad weather flying rules, climbed into clouds, became disoriented about the helicopter's position relative to the horizon, and made a descending left turn into a cloud-obscured hillside.

In February of 2020, the LASD said it was "deeply disturbed" over a report that deputies shared photographs from the scene of the crash, CNN previously reported.

Following the crash, Bryant has not only advocated for the release of the deputies' names, but urged Congress to pass a new helicopter safety bill named for her husband and daughter.

She also filed the civil claim against the LASD and Sheriff Villanueva for the photo leak in September, seeking undisclosed damages to remedy civil rights violations, negligence, emotional distress, and violation of privacy.

On the day of the crash, family members gathered at the Lost Hills Sheriff's Station where the sheriff assured them the crash site was secured. However, a leak from the department, according to the lawsuit obtained by CNN, led to TMZ breaking the news and fans flocked to the area.

The sheriff's department said at the time it does not comment on pending litigation.