Vanessa Bryant and others are suing LA County for emotional distress. The county wants them to take a psychiatric exam before trial. 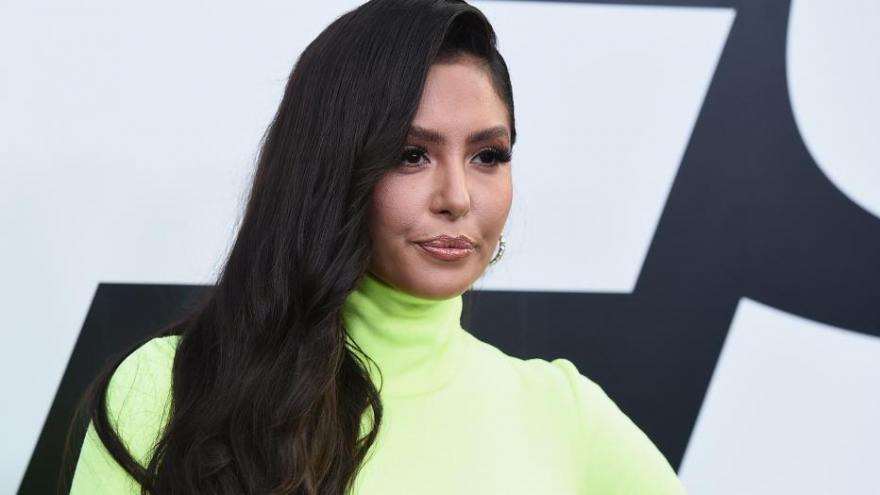 Court filings show, Los Angeles County wants to compel the widow of NBA legend Kobe Bryant Vanessa Bryant, pictured here, in Los Angeles on June 18, and others involved in a lawsuit, to take psychiatric exams before the case goes to trial.

(CNN) -- Los Angeles County wants to compel the widow of NBA legend Kobe Bryant and others involved in a lawsuit over leaked photos of the helicopter crash that killed him, their daughter and seven others to take psychiatric exams before the case goes to trial, court filings show.

In a motion filed in court Friday, Los Angeles County argued independent medical examinations are necessary to determine whether the emotional distress suffered by Bryant and others were caused by the leak of the photos or the helicopter crash itself.

Vanessa Bryant's civil lawsuit against Los Angeles County claims photos of the January 2020 crash were shared by county fire and sheriff's department employees in settings irrelevant to the investigation, including at a bar. The lawsuit, filed in federal court in September 2020, seeks undisclosed damages, claiming civil rights violations, negligence, emotional distress and violation of privacy.

A "central tenet" of the county's defense is the "severe emotional and mental injuries were not caused by any conduct of Defendants, but rather by the tragic helicopter crash and resulting deaths of their loved ones," the court filing says. The county argues the plaintiffs "cannot be suffering distress from accident site photos that they have never seen and that were never publicly disseminated."

The plaintiffs are seeking "tens of millions of dollars to compensate them for their alleged mental and emotional injuries," the county says, and the medical examinations would help evaluate the "existence, extent and cause" of their "alleged harm."

Attorneys for Vanessa Bryant and the other plaintiffs argued against the examinations, saying a "complaint that merely claims damages for emotional distress does not place a party's mental condition 'in controversy.'" They added the county should work to evaluate emotional stress by "less intrusive means."

"It does not take an expert -- and it certainly does not take an involuntary eight-hour psychiatric examination -- for a jury to assess the nature and extent of the emotional distress caused by Defendants' misconduct," attorneys for Bryant said.

The plaintiffs' distress "are the feelings that any reasonable person would experience if the public officials entrusted to protect the dignity of their deceased family members snapped graphic photos of their loved ones' remains, used the photos for cocktail-hour entertainment, and failed to contain and secure the photos."

A hearing on the matter is slated for November 5, according to Friday's court filing, and the trial is set to begin in February 2022.

Earlier this year, family members of those killed in the crash settled a wrongful death lawsuit with the company that owned and operated the helicopter.