Vancouver fire saves man after jumping from I-5 bridge 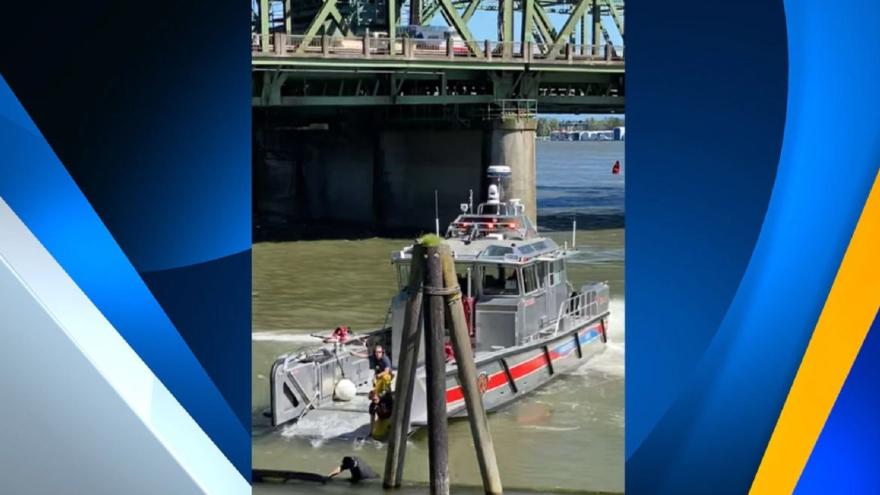 VANCOUVER, Washington (KPTV) -- A man was rescued from the Columbia River Wednesday afternoon after jumping from the I-5 bridge, according to the Vancouver Fire Department.

Officials said 911 calls began around 3:45 p.m. regarding a man who had jumped from the mid-span of the bridge. Callers were on shore near the former Red Lion Quay with eyes on the man. They were then able to provide directions to responding units through the dispatcher.

Vancouver fire responded with three land-based units and three members aboard the fire boat which arrived eight minutes after the initial call.

The crew of the fireboat spotted the man clinging to a log, before making what officials called an “invasive maneuver” to rescue the man despite strong currents pushing the boat side to side.

Once the man was secured he was delivered to a waiting ambulance and taken to a nearby hospital for treatment.