Vaccine mandate for some health care workers blocked in 10 states 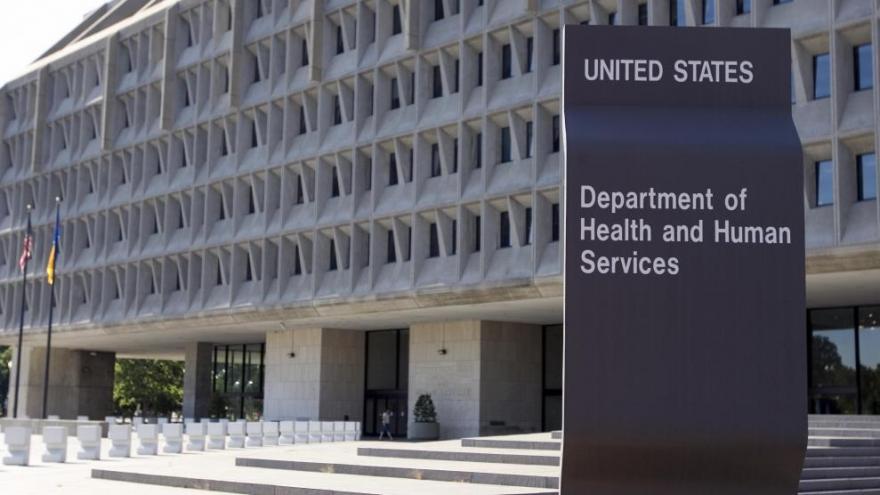 The US Department of Health and Human Services building is shown in Washington, DC.

The judge's order, which covers the 10 states that brought the case, played down the effectiveness of the vaccines and said that the "public would suffer little, if any, harm from maintaining the 'status quo' through the litigation of this case."

The mandate came out of the US Department of Health and Human Services' Centers for Medicare and Medicaid Services. It covers certain health care staff at providers that participate in Medicare and Medicaid, and set a December 6 deadline for those workers to have received the first dose of the Covid-19 vaccine.

US District Judge Matthew Schelp, an appointee of President Donald Trump, said in a 32-page order that those challenging the mandate were likely to succeed in their arguments that CMS lacked the authority to implement the requirement. He also said that the administration was likely to have violated administrative law in how it rolled out the policy. In issuing the preliminary injunction, Schelp pointed to claims made by the challengers that health care facilities will suffer major staffing shortages if the requirement was not blocked.

"In sum, Plaintiffs' evidence shows that facilities -- rural facilities in particular -- likely would face crisis standards of care or will have no choice but to close to new patients or close altogether, both of which would cause significant, and irreparable, harm to Plaintiffs' citizens," he wrote.

Vaccines have been widely shown to be a critical tool in stopping the spread of Covid-19. Schelp, however, pointed to a line in the regulatory filing unveiling the mandate that noted the uncertainties about the vaccine's effects, including its effectiveness in preventing "disease transmission by those vaccinated."

Schelp referenced that line repeatedly in his order. "And while, according to CMS, the effectiveness of the vaccine to prevent disease transmission by those vaccinated is not currently known, what is known based on the evidence before the Court is that the mandate will have a crippling effect on a significant number of healthcare facilities in Plaintiffs' states, especially in rural areas," he said.

The judge said that CMS, in crafting the requirement, relied too heavily on data from long-term care facilities to justify implementing the mandate on other types of providers.

"While a wide-sweeping mandate might make sense in the context of LTCs, based on CMS's evidence, CMS presents no similar evidence for imposing a broad-sweeping mandate on the other fourteen covered facilities," Schelp wrote.

The case was brought last month by Missouri and nine other states. It is one of several lawsuits attacking the HHS mandate, and the Biden administration faces legal challenges to other vaccine mandates the federal government has sought to implement. In a separate case brought by Florida against the HHS rule, a judge rejected Florida's request to block the mandate.

In a news conference after the order was issued, Missouri Attorney General Eric Schmitt called the judge's order "significant" and a "first of its kind" ruling. He said that he expected the Justice Department to appeal the case and for it to ultimately go to the Supreme Court.

Schmitt was asked about the new Omicron coronavirus variant, which was not detected until around the time the briefing on the preliminary injunction request was wrapping up in the Missouri case.