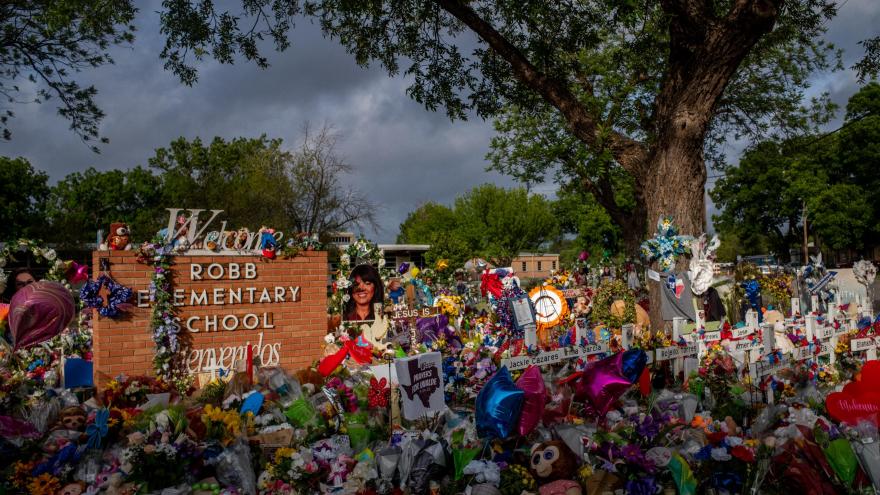 (CNN) -- The school board of Uvalde, Texas, is set to hold three special hearings on Monday night, including one addressing the district's embattled superintendent.

The initial public hearing will address the budget approval and tax rate for the school district, according to an online agenda. The special town hall meeting will address a "superintendent update" and provide an open forum for the public to comment or ask questions about safety and security plans.

The third meeting will address the budget for the school year and purchasing approvals for therapy and school psychology services, food service, apparel, building materials and more, as well as discussion of a $10,000 check from the Texas Association of School Boards, according to the meeting agenda.

The school year is expected to start September 6.

The meetings come more than three months after an 18-year-old gunman killed 19 children and two teachers in adjoining classrooms at Robb Elementary School in Uvalde. Police waited for more than an hour before they forced their way into the classrooms and killed the gunman, leading to still-unanswered questions as to what they were doing during the delay.

The lengthy delay contradicted widely-taught protocol for active shooter situations that call for police to immediately stop the threat and came even as children inside repeatedly called 911 and begged for help.

The school board sessions have repeatedly featured heated commentary and frustrations from parents who have demanded accountability and called for the firings of those in charge that horrific day.

Last week, the Uvalde school board voted unanimously to immediately terminate the contract of district Police Chief Pete Arredondo. Though Arredondo has said he did not consider himself the incident commander, state authorities have identified him as such and a CNN review of videos of the police response shows him at the center, giving orders, conveying and receiving information and coordinating officers outside the classrooms.

Arredondo didn't attend last week's meeting. His attorney instead issued a 17-page press statement that said the district wasn't following legal procedure as it moved to fire Arredondo and called the termination a "public lynching."

Lieutenant Mike Hernandez was named interim police chief, the school district's board of trustees said in a statement.

Some parents have also called for the removal of the district Superintendent Hal Harrell. A report from a Texas House investigative committee cited Robb Elementary's "culture of noncompliance with safety policies," including its failure to adequately prepare for the risk of an armed intruder and the common practice of leaving doors unlocked.