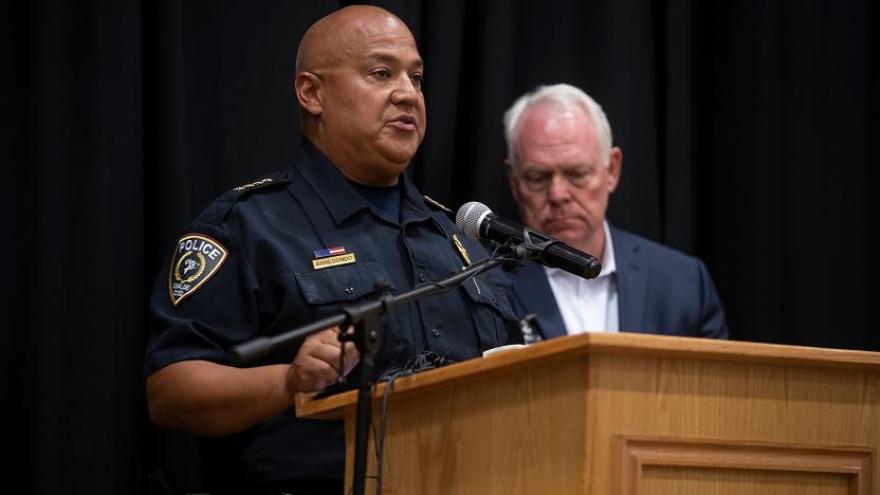 UVALDE, Texas (AP) — The Uvalde school district's embattled police chief has been fired following allegations that he made several critical mistakes during a mass shooting that left 19 students and two teachers dead.

The district's board of trustees said Wednesday day that it voted to dismiss Chief Pete Arredondo, who has faced criticism since the May 24 massacre at Robb Elementary School in Uvalde, Texas.

Officers armed with rifles waited in a school hallway for more than an hour while the gunman carried out the shooting.

Arredondo has tried to defend his actions, telling a Texas House committee he did not consider himself the incident commander on the scene.