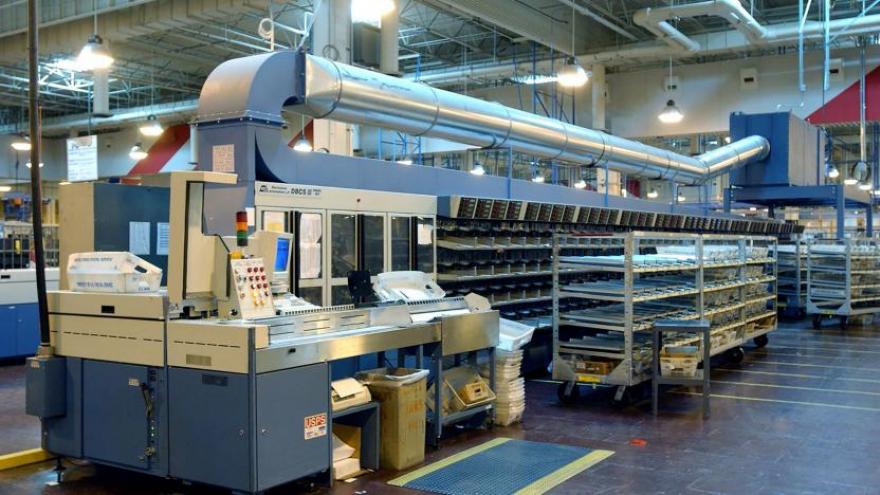 (CNN) -- While Postmaster General Louis DeJoy may be suspending changes to postal service operations, it doesn't necessarily mean machines that had been removed will be put back in use, according to an email obtained by CNN.

The email, sent hours after DeJoy's public suspension of changes on Tuesday, instructs postal workers not to reconnect any mail sorting machines that have previously been disconnected.

"Please message out to your respective Maintenance Managers tonight," wrote Kevin Couch, a director of maintenance operations. "They are not to reconnect/reinstall machines that have been previously disconnected without approval from HQ Maintenance, no matter what direction they are getting from their plant manager."

DeJoy announced Tuesday he would pause many of the new policies he put in place, including the removal of high-volume mail sorting machines, after postal workers, the public and some lawmakers, sounded alarms the changes were causing massive delivery delays, potentially putting the November election in peril.

It's unclear if there's been additional guidance since Couch sent the email, which appeared to have been sent to managers in the western region.

The USPS has not been attempting to reassemble or replace the mail sorting machines or letter collection recently removed in at least nine states, according to the union officials CNN spoke to in those states.

CNN spoke with union officials across the US on the local, regional and national level, and was only able to identify two facilities -- Dallas and Tacoma, Washington -- that had attempted to reassemble and reintroduce mail sorting machines back into USPS's daily operations.

The Postmaster General and USPS have been under intense scrutiny in recent weeks over changes put in motion ahead of the 2020 election. Many Americans have since grown concerned over the USPS' ability to handle the expected influx of ballots as more voters choose to vote by mail because of the Covid-19 global pandemic.

DBCS machines make up the bulk of the mail sorting operation across USPS, handling envelopes which includes ballots heading to voters.

The machines, which Wonde says were removed in July, cannot be put back into service because they are missing pieces. Wonde said it was unclear what moved management at the Dallas facility to attempt to reassemble the DBCS machines.