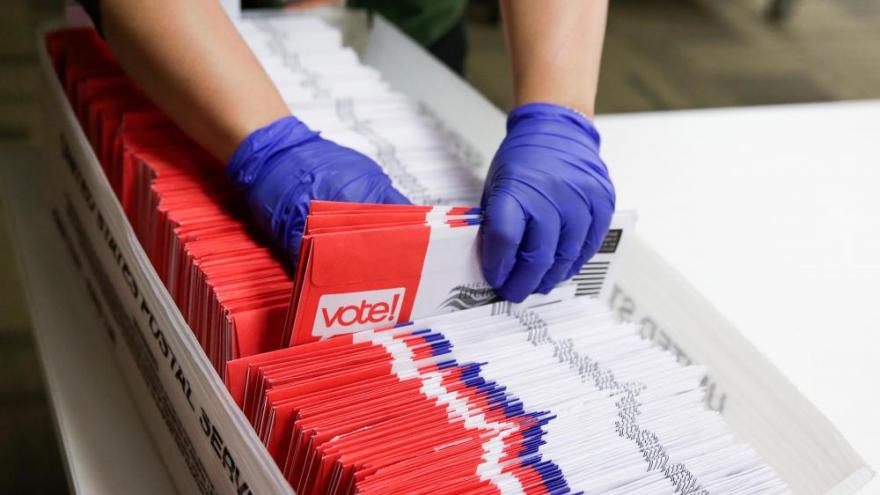 (CNN) -- Postmaster General Louis DeJoy told lawmakers Friday that the US Postal Service plans to "send a letter to every American" explaining "what our process is" for mail-in voting.

"We are emphasizing, and in fact, I think in September, we're going to send a letter to every American with what our process is, going out to every American citizen," DeJoy said at a hearing of the Senate Homeland Security and Governmental Affairs committee.

Also on Friday, USPS rolled out a new election website with information for voters and election officials on how to properly vote by mail this fall. A record number of Americans are expected to utilize postal voting because of the coronavirus pandemic, due to fears of contracting the virus at polling places.

"The American public can rely on the United States Postal Service to fulfill our role in the electoral process," the website says, calling vote-by-mail a "secure" and "effective" way to cast ballots.

Democrats have accused DeJoy of politicizing the Postal Service by initiating disruptive changes that could affect election mail. He has reversed many of these changes, and he tried to assure senators that he wasn't taking orders from President Donald Trump, who sees mail-in voting as a political threat.

DeJoy also broke with Trump by giving a full endorsement to mail-in voting at the Senate hearing on Friday. He said, "The American public should be able to vote by mail," and that he is "highly confident" that mail-in voting systems will work properly. Trump has spent the past several months spreading misinformation about mail-in voting, calling it "rigged" because of "massive fraud."

Regarding the informational mailers that DeJoy says will be sent next month, election laws vary drastically by state, so if USPS plans to send the same letter to all Americans, it will likely contain general information about how the USPS handles ballots -- not specific guidance about local election rules.

Elections are run by state and local governments, as outlined in the Constitution, and it's not common for the federal government to send election-related information to all Americans.

As CNN has previously reported, election mailers from official sources and third-party groups sometimes cause confusion for voters, who sometimes think unsolicited mail with election information signifies that they are not registered to vote or haven't applied for their absentee ballots correctly.

At the hearing, DeJoy also confirmed CNN's reporting from earlier this week that he plans to record a public service announcement with USPS union leaders about the topic of mail-in voting.