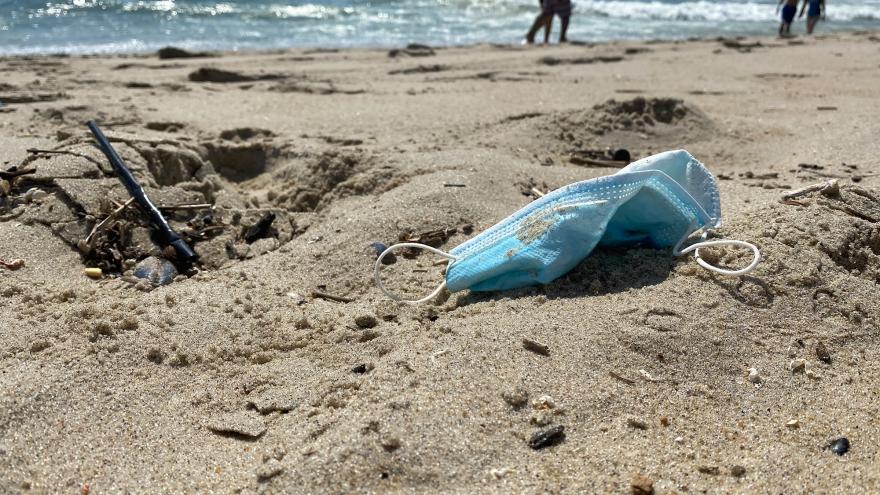 (CNN) -- The pandemic has not only upended millions of lives around the world, it's now threatening the world's oceans.

Pandemic-generated waste, such as discarded disposable masks, gloves and wipes are floating into waterways and oceans. The proof is in the waste that's already washed ashore on beaches in the past several months.

As many as 62,210 PPE items, including single-use masks and gloves were collected during the annual International Coastal Cleanup event last month. It's the world's largest volunteer effort, held every September, involving participants from dozens of countries who remove and log a sample volume of plastics and marine waste from the ocean and waterways.

This year, 76 countries participated in the clean up and collected at least 1.6 million pounds of trash, including tens of thousands of PPE products.

It was the first time in the 35-year history of the event that PPE was added as a data category, along with cigarette butts, food wrappers, plastic straws and bottles, said Dr. George Leonard, chief scientist with Ocean Conservancy, a nonprofit working to protect oceans and advance marine conservation.

"We absolutely believe that PPE waste is a significant threat to oceans and marine life," said Leonard.

At a time when the world's oceans are already choking on as much as 8 million metric tons of plastic leaked into them annually, Leonard cautions that this latest threat could exacerbate an already tenuous situation. At this rate, the World Economic Forum has warned that by 2050 there will be more plastic than fish in terms of weight in the world's oceans.

Leonard said the pandemic has created a two-pronged problem: "There's enhanced demand and use of single-use plastics like bags and containers by consumers and businesses for groceries and food takeout," he said.

"Then there's the global use of disposable masks and gloves. No one would have thought a few months ago that the entire world would be using them," said Leonard.

The scientific journal Environmental Science & Technology estimates that globally 129 billion disposable face masks and 65 billion throwaway gloves are being used every month through the pandemic. 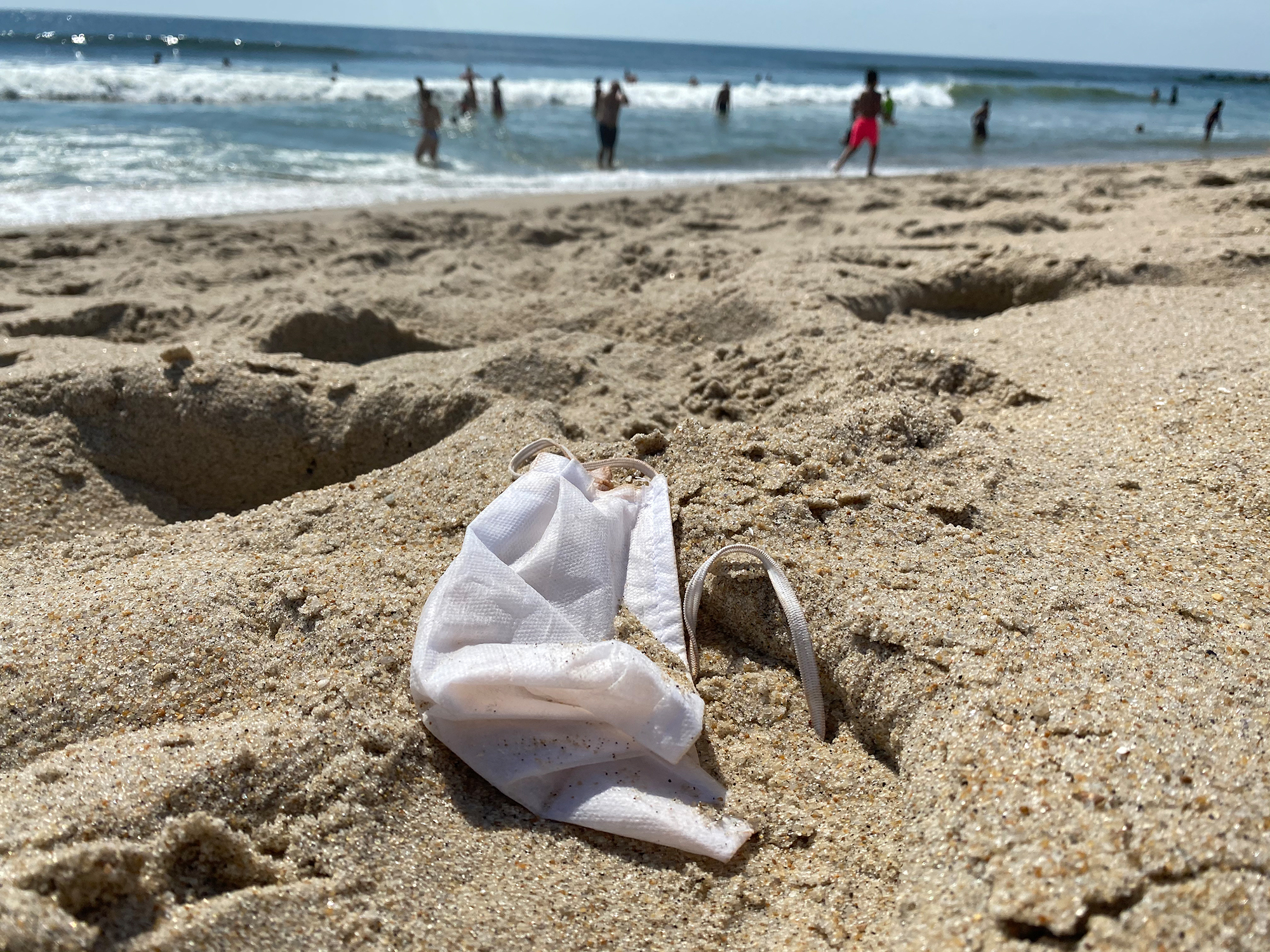 Flowing from land into the ocean

For the past eight years, San Diego resident and teacher Janis Jones has voluntarily given her time to picking up plastic waste --bags, utensils, straws, styrofoam takeout containers -- from her local beach.

"I am an obsessive beach cleaner," said Jones. But when the fast spread of Covid-19 forced her area beaches to close in March, the committed conservationist tweaked her approach.

"I began walking around my neighborhood instead," she said. At first it was for exercise. "I was trapped in a house all day working from home. So I got out to do a four to five mile walk." En route, Jones started noticing discarded gloves and masks on the roadside, in parking lots and in creeks.

"Most of these are the single use varieties," she said. When she could, she would pick them up and dispose of them properly. Jones said the volume of PPE waste has grown significantlysince April and she decided to document it by photographing each mask and glove she found.

"By now the number is over 1,000," she said. "I've been able to go to the beach a couple of times and found gloves there, too." Her fear is that the littered mask and gloves will eventually end up in the ocean.

In fact,the Coastal Clean Up day event in the nearby beaches last month surfaced 413 latex gloves and more than 700 single-use surgical masks from San Diego beaches.

"A much as 80% of plastic waste in oceans comes from land," said Chad Nelsen, CEO of the Surfrider Foundation, a California-basednonprofit focused on protecting oceans and beaches. "Every mask or glove that you see on the street that's not picked up will most likely go into a storm drain, into a river then into the ocean."

Nelsen said the safest place for used single-use masks and gloves to end up is in landfills.

"Also, people may not realize that these blue masks and gloves have plastic in them," said Nelsen. "So what we're using just for a couple of minutes can last on Earth for thousands of years. It won't biodegrade. When it does decompose into microplastics, it will be digested by animals on land and my marine wildlife."

Said Nelsen, "We're just scratching the surface of this threat. If we are not concerned or careful, it could become a big setback and a disastrous situation for oceans."