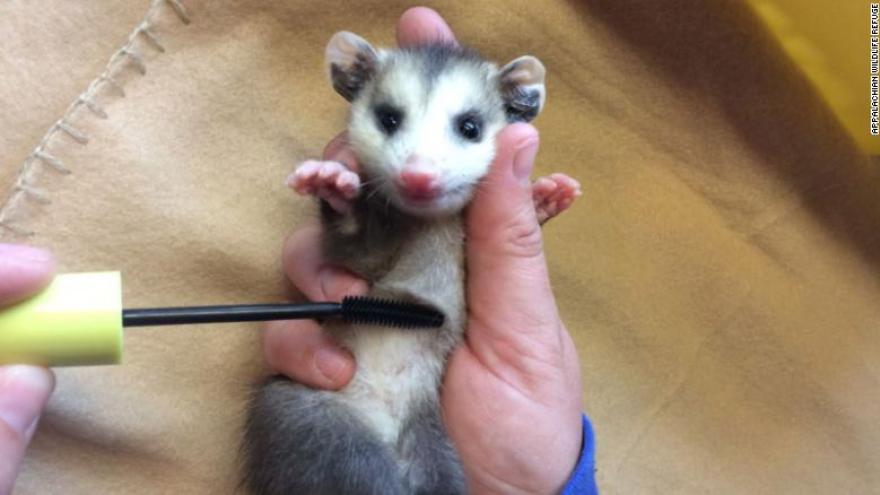 A view of Hard Rock Stadium as organizers prepare for Super Bowl LIV. A $40,000 VIP ticket includes black car service to and from Hard Rock Stadium, a private lane on stadium grounds to bypass traffic, a private concert from an A-list performer, high-end food and booze, and even access to the field for the post-game celebration, according to Jeremy Walls, the venue's chief marketing officer.

The Appalachian Wildlife Refuge, a North Carolina based nonprofit organization that helps treat injured and orphaned wildlife, uses the soft, compact bristles to gently remove fly eggs, dirt, fleas, ticks and larvae from the fur of animals and the wings of birds.

"There's nothing that is made like a mascara wand," co-founder Kimberly Brewster told CNN. "It actually makes the treatment much faster, which saves the animals from being stressed longer than they have to be."

The idea came from another co-founder, Savannah Trantham, about three years ago. She remembered her mentor used to treat animals with the brushes, and she decided to ask her Facebook friends to donate their old wands.

People from around the world donated their used mascara wands, Brewster said. Even companies that distribute the wands have sent in their discontinued brushes.

The refuge received so many that it started shipping them to other animal rehabbers, and is only accepting wands in February and October.

"We are sending packets to all of these places with educational material on ways that [we use the wands]," she said. "And also get feedback from them on how they're finding good uses for them."

You can help, too. To recycle old wands, clean them in warm, soapy water to remove residual mascara and let them dry, she said. The form to mail the wands can be found on the organization's website. You can also donate food and supplies.