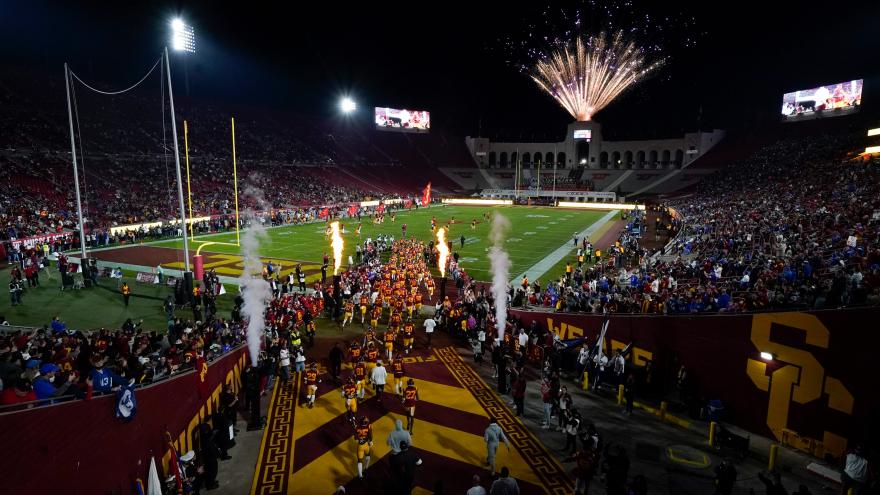 (CNN) -- The University of Southern California (USC) issued a public apology after an 'offensive chant' was made from USC's student section during Saturday night's football game against Brigham Young University (BYU).

"The offensive chant from our student section directed towards BYU during the football game last night does not align with our Trojan values," USC's athletic department said in a tweet Sunday. "It was distasteful and we apologize to the BYU program."

USC was not able to provide any details on why the apology was issued or what the chant was.

"I did not hear the chant but I know it does not reflect the Trojan family that I've come to know and love," USC defensive line coach Vic So'oto said in a tweet.

CNN has reached out to BYU for a comment.