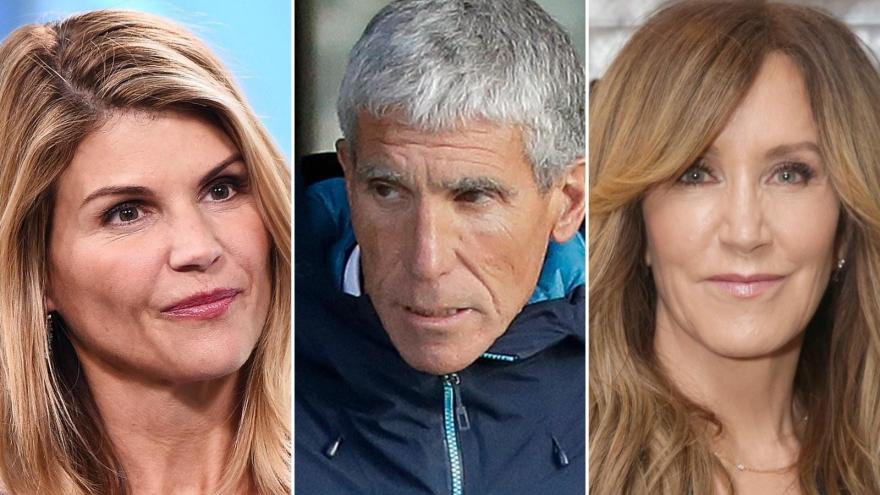 (CNN) -- Internal admissions emails from the University of Southern California made public through a court filing reveal that family wealth was a factor in university enrollment discussions in recent years.

The admissions documents, which were made public Tuesday, were first reported by the Los Angeles Times. The filing was made in District Court in Massachusetts by Martin Weinberg, an attorney for Robert Zangrillo, in an attempt to show his client was following established admissions practice at USC.

The university said in a statement Tuesday that Zangrillo's filing was a diversionary tactic meant to deflect attention from his criminal indictments, an assertion Weinberg contests.

Zangrillo has pleaded not guilty to charges of fraud, conspiracy and money-laundering related to money sent to an account controlled by Donna Heinel, a USC athletics official, and payments to William "Rick" Singer, the mastermind of the college admissions scam, to get his daughter admitted to USC.

Heinel, who was fired by USC in March, has pleaded not guilty to racketeering charges. Her attorney, Nina Marino, told the Los Angeles Times in a statement that the emails show "an aspect of USC admission that was directly linked to donations," and said Heinel "did not create this system."

Singer pleaded guilty to four felonies related to the scandal. He has not yet been sentenced.

CNN has also obtained the court filings, which include emails exchanged between USC college admissions personnel and parents of prospective students.

One of the emails includes a spreadsheet titled "cumulative Special Interest list from 2012-2015" that lists special interest applicants and includes a column that describes families who have a history of donating money to USC and their potential to donate money in the future.

The spreadsheet does not indicate whether potential or past donations impacted the USC admission office's decisions. However, emails between Heinel, who at the time was USC's senior associate athletic director, and USC Dean of Admission Timothy Brunold appear to indicate families' past donations were impacting admissions decisions.

In a 2014 email, Heinel asks Brunold if there is room for a mid-year transfer, and adds, "To be transparent — Our community service initiative is funded by the [redacted] foundation-this is the daughter."

After a follow-up, Brunold responds that he has "just been directed to admit this student to the spring semester." In a 2018 email, Heinel asks Brunold to change his decision on an applicant and says, "The family has helped build the foundation of many USC projects and initiatives."

Brunold writes that he will change the admissions decision.

According to the Los Angeles Times, Weinberg, who filed the documents in court, wrote that the records would "prove the existence of a university-wide program at USC ... where past donations, pledges of future donations, or expectation of future donations based on the university's belief in a parent's resources deeply affects the chances for a prospective student's admission."

In its statement, USC says many departments, including the athletic department, can express a "special interest" in an applicant. The school's office of admission considers information from various departments in the application process, but the emails in Zangrillo's filing show "no athletic department official has the authority to compel admissions decisions," it said.

"Mr. Zangrillo's filing appears to be part of a legal and public relations strategy to divert attention from the criminal fraud for which he has been indicted by a federal grand jury," the school statement said. "USC remains confident that the court will agree with us that it need not produce the information and documents requested by the defendant."

Weinberg, in a statement to CNN, argued that the documents will show Zangrillo's donation to USC was not only legal, but it was "no different than donations given by many dozens if not hundreds of other parents of students who had gained admission to USC and, nationwide, to other universities.

"The donations were not illegal, not unusual, and were welcomed by USC. USC was in no way a victim in this case."