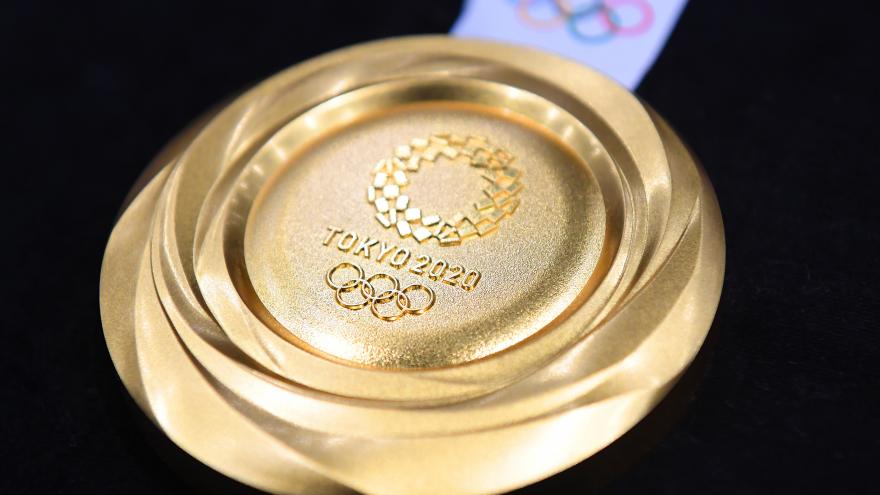 (CNN) -- The circumstances around this year's Olympics might be wildly different compared to previous Games, but history could be about to repeat itself when it comes to the Tokyo 2020 medal table.

With Wednesday marking 100 days to go until the Olympics get underway in Japan on July 23, the USA is predicted to top the medal table, according to analysis by sports data company Gracenote.

The US, whose projected total of 114 medals is seven down on its haul at the Rio Olympics, topped the medal tables in 2016 and 2012 but was bettered by host China, which won more golds, at the 2008 Beijing Olympics.

Great Britain, which finished second in the medal table at Rio 2016, is predicted to drop down to eighth in the table in Tokyo behind Japan, Netherlands, France and Australia.

Japan's predicted tally of 59 medals would be a 40% improvement on its Rio total, according to Gracenote, while the Netherlands is forecast to comfortably beat its best-ever haul of 25 medals with 46 in Tokyo.

Uncertainty has surrounded the upcoming Olympics since they were postponed until 2021, although organizers maintain that the event will go ahead later this year.

Last month, it was announced that international spectators will be refused entry to Japan for the Games and the start to the torch relay was also closed to the public.

Then last week, the governor of Osaka took the relay off public roads amid a surge in Covid-19 cases as the region declared a state of emergency.

There are concerns about the fate of the Olympics amid a looming fourth wave of infections in Japan -- especially given that the country has so far only vaccinated about 1.1 million people, which equates to less than one percent of its population.