US won't allow new students into country for online-only classes 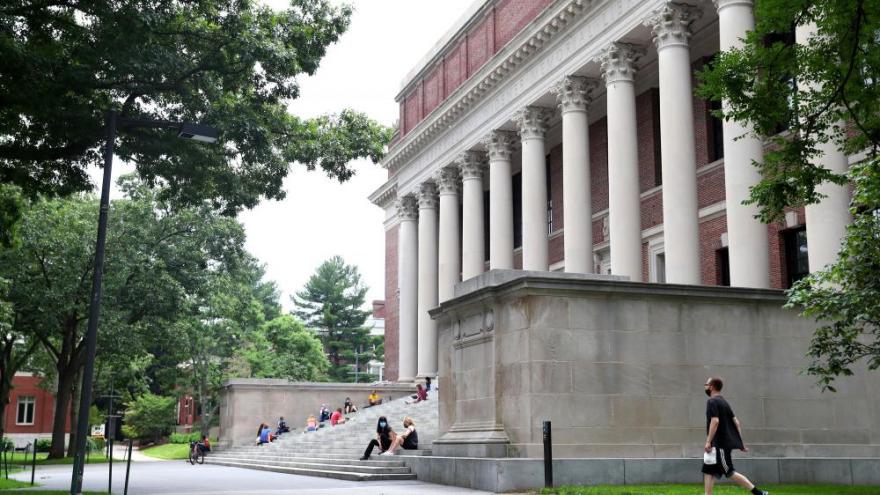 US Immigration and Customs Enforcement announced that newly-enrolled international students won't be allowed to enter the United States if their classes are offered online only.

(CNN) -- US Immigration and Customs Enforcement announced Friday that newly-enrolled international students won't be allowed to enter the United States if their classes are offered online only.

Students will be allowed to enter the US to enroll in a US school to pursue hybrid coursework for the fall semester, and the rules will not apply to international students who were already enrolled at colleges or universities in the US last semester and are returning, even if their school is fully online.

Earlier this month, the Trump administration withdrew its policy that would prevent all international students from staying in the US if they were taking their courses completely online, after 17 attorneys general and DC filed a lawsuit.

One person familiar with the matter told CNN earlier this month that the White House felt the blowback to the proposal and that some inside the West Wing believe it was poorly conceived and executed.

According to another source, the White House focused instead on having the rule apply only to new students, rather than students already in the US.

Students had expressed frustration and concern over their next steps, as universities and colleges announced decisions to move all courses online amid the ongoing pandemic.

"Nonimmigrant students in new or initial status after March 9 will not be able to enter the U.S. to enroll in a U.S. school as a nonimmigrant student for the fall term to pursue a full course of student that is 100 percent online," ICE said in a statement.