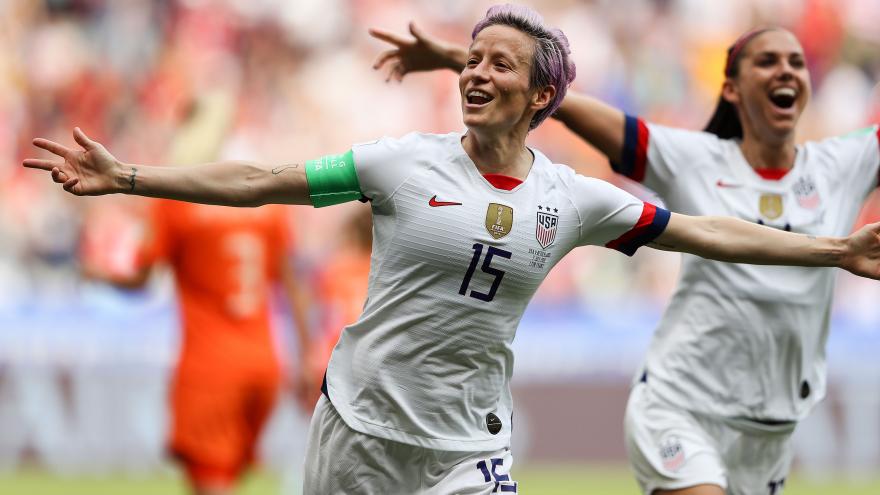 In May 2020, Judge Gary Klausner ruled there was no basis to prove the players' claims that the US Soccer Federation (USSF) financially discriminated against the women based on their gender.

Klausner said the women played more games and made more money than their male counterparts and had rejected a collective bargaining agreement (CBA) where they would have the same pay structure as the men's team in favor of a different CBA.

The female players denied they had been offered the same CBA as the men's team.

In a statement, the 28 current and former players announced Friday that their legal team had filed an appeal in the Ninth Circuit Court of Appeals, calling the district court's 2020 decision "legally wrong."

The players said in the statement that Klausner's decision was "based on a flawed analysis of the team's compensation, despite the abundant evidence of unequal pay."

"If a woman has to work more than a man and be much more successful than him to earn about the same pay, that is decidedly not equal pay and it violates the law," said player spokesperson Molly Levinson on Friday.

"And yet, that is exactly what the women players on the US National team do -- they play more games and achieve better results in order to be paid about the same amount as the men's national team players per game. By any measure, that is not equal pay, and it violates federal law."

The USSF responded to the appeal via a tweet, saying the 2020 ruling "correctly held that the Women's National Team was paid more both cumulatively and on an average per-game basis than the Men's National Team."

The federation said it was committed to equal pay and would "continue to seek a resolution to this matter outside of court."

In December 2020, the players reached a settlement with USSF on their Title VII claims ensuring they received equal working conditions, such as equal flights benefits, trainers and hotel accommodations.

Following a 3-0 loss to Sweden in their Tokyo 2020 Olympics opener, the US women face New Zealand on Saturday, July 24, in Saitama, Japan.