US waited to order preparation of bulk stocks of monkeypox vaccine, in part out of concern that they would lose shelf life 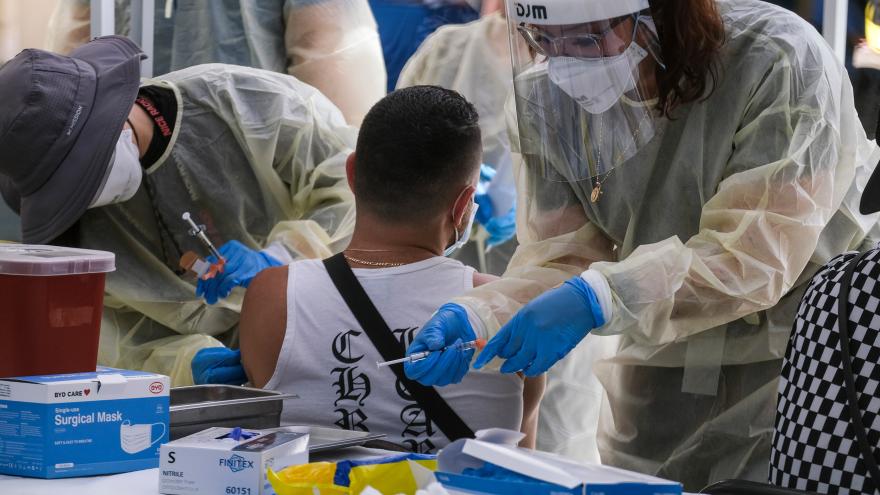 (CNN) -- The US Department of Health and Human Services waited more than three weeks after the first confirmed case of monkeypox in the US to order bulk stocks of the monkeypox vaccine that the government owns and stores in Denmark be bottled and sent to the US for distribution -- in part out of concern that once those vaccines were taken out of bulk storage, they would lose years of shelf life.

"We were thoughtful about using the bulk vaccine because once you remove it from bulk, you lose years of shelf life," an HHS spokesperson told CNN.

That initial delay, first reported by The New York Times, is expected to come under further scrutiny as monkeypox cases climb in the US and some public health experts warn that the country does not have enough vaccines in hand to contain the spread.

When the first confirmed case of monkeypox emerged in the US on May 18, the country had just 2,400 doses of the Jynneos vaccine in the Strategic National Stockpile. In subsequent days, the Administration for Strategic Preparedness and Response (ASPR), an office within the HHS, ordered 72,000 of doses of Jynneos vaccines -- which were already bottled and ready to be distributed -- be sent from Denmark to the US.

But the first time the ASPR ordered government-owned bulk supply of the vaccines be bottled and sent to the US -- half a million doses in total -- wasn't until June 10, according to the agency. (By this point, there were fewer than 50 confirmed cases of monkeypox in the US, according to HHS.)

Those doses have yet to arrive in the US, as monkeypox cases continue to climb in the country.

In July alone, the US ordered an additional 5 million doses of the bulk supply of vaccines be bottled and sent to the US, but because of the lengthy bottling process, those also will not start arriving in the US until later this year -- with many of the does not scheduled to arrive until even 2023. Of the 6.9 million monkeypox vaccines that the US has secured so far, 1.1 million have been offered to states and local jurisdictions.

HHS' claim that a part of the reason the government waited several weeks to order large amounts of the frozen Jynneos vaccines be bottled and sent to the US because once they are taken out of storage, they lose years of shelf life, comes amid growing scrutiny of the US' initial monkeypox vaccine strategy.

CNN reported last week of the growing concern that the US may have lost its chance to contain the monkeypox virus. Dr. Robert Murphy, executive director of the Havey Institute for Global Health at the Northwestern University Feinberg School of Medicine, told CNN that the federal government's early vaccination strategy was "just doomed to failure."

Meanwhile, the New York Times also reported that HHS seriously "miscalculated the need" for vaccines early on in the outbreak. According to the Times, by the time the government ordered the bulk stocks of the vaccine be bottled for distribution, "the vaccine's Denmark-based manufacturer, Bavarian Nordic, had booked other clients and was unable to do the work for months."