US to impose sanctions on Putin following Ukraine invasion 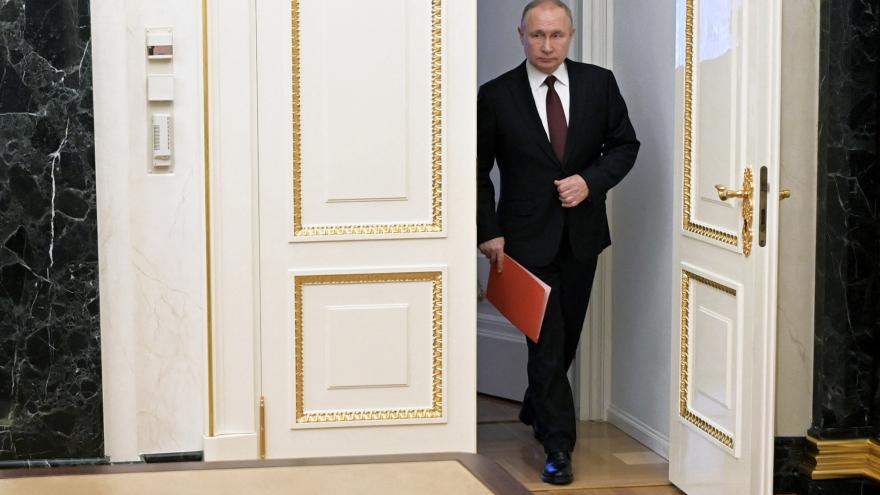 (CNN) -- The US will impose sanctions on Russian President Vladimir Putin, the White House announced Friday.

The Russian leader will become the highest-profile target in the effort to impose costs on the Russian economy and Putin's inner circle in the wake of the Russian invasion of Ukraine. Additional Russian officials are likely to be included, one source familiar with the matter said.

White House press secretary Jen Psaki said that the US move to sanction Putin and Lavrov directly, which was first reported by CNN, was made "in alignment" with its European allies.

The decision to target Putin directly across Western allies marks the most personal escalation of a sweeping effort to respond to Russia's actions through economic penalties. While it's unclear the extent of the direct effect -- officials have long said Putin's finances are opaque and difficult to track -- the symbolism of targeting the Russian leader is clear.

President Joe Biden had said sanctioning Putin had been an option under consideration, telling CNN's Kaitlan Collins on Thursday it was "on the table."

The Biden administration on Thursday announced sweeping sanctions targeting Russia, enacting penalties across industries, including asset freezes for the largest banks, debt and equity restrictions on critical mining, transportation and logistics firms and a large-scale effort to shut down access to critical technology for key Russian military and industrial sectors.

As part of its first two rounds of sanctions, the US targeted key members of Putin's inner circle, both in government and in business. But in what would mark a new strategy, they also expanded sanctions to the adult children of several of the officials.

It was a calculated effort to cut off what officials say has been a pathway utilized by Russian officials to shield their wealth by transferring it to family members.

The EU and UK have also targeted a series of Russian officials.

Earlier this week, the US also allowed sanctions against the Nord Stream 2 gas pipeline from Russia to Germany to go forward, after Germany said it would not certify the pipeline following the Russian invasion.

Those sanctions were issued in coordination with European countries to punish Moscow for its attack on Ukraine.

But the White House and European Union faced calls from Ukrainian leaders -- as well as lawmakers in Congress -- to take additional steps, including shutting Russia out from the SWIFT financial messaging system used for international transactions, as well as targeting Putin directly.

The plans from the US, UK and European Union to collectively sanction Putin personally came after a call with NATO leaders on Friday. NATO leaders also announced the alliance was activating the NATO Response Force for the first time as a defensive measure in response to Russia's ongoing invasion of Ukraine.

A readout of Johnson's call with NATO leaders published on the UK government's website said that Johnson also urged NATO countries "to take immediate action against SWIFT to inflict maximum pain on President Putin and his regime."