US stocks surge as bond markets take a breather 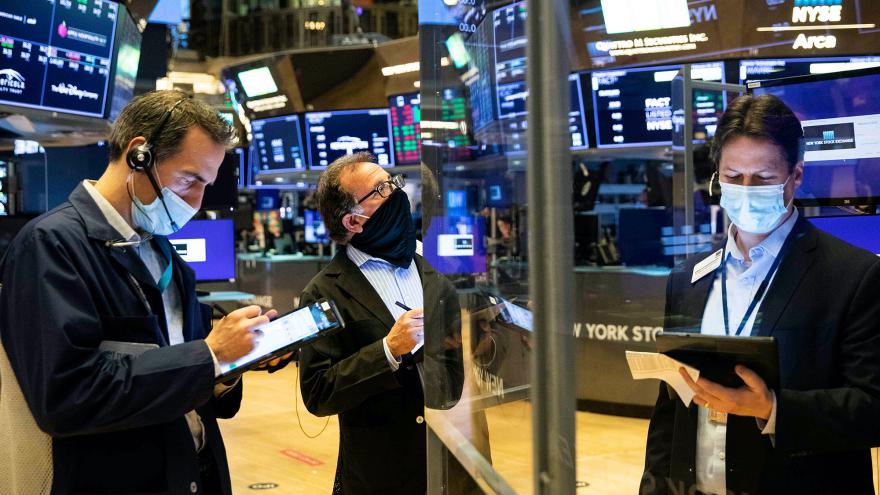 (CNN) -- The Dow rallied some 600 points Monday morning, as US Treasury yields pulled back and took a breather from their recent ascent.

All three major stock indexes opened sharply higher and continued their rally as the morning went on. The Dow was up nearly 2%, or some 600 points, mid-morning, while the broader S&P 500 climbed 1.8%. The Nasdaq Composite was up 1.7%.

Higher interest rates would make it more expensive for companies to borrow, and are thus bad for stocks. This dynamic played out all of last week even though Fed Chairman Jerome Powell reiterated that the central bank wasn't concerned about a prolonged jump in inflation.

The 10-year US Treasury bond yielded 1.42% around mid-morning, down 0.04%. Bond yields and prices move opposite to one another.

"While still very low from a historical perspective, yields have marched steadily higher over the last two months due to the prospects of an economic boom," wrote Angelo Kourkafas, investment strategist at Edward Jones.

Of course a booming economy is a good thing — both for investors and non-invested people. Considering the devastating effects of the pandemic, the Fed won't stand in the way of the recovery by raising interest rates too early.

"The bottom line: The spike in long-term bond yields could prove to be a catalyst for stocks to take a breather, but it is not a structural threat to the broader recovery," said Kourkafas.

Better-than-expected economic data is also helping with the good mood on Monday.

America's manufacturing sector fared better than predicted in February, according to data from the Institute for Supply Management. The industry's purchasing managers' index, measuring activity, came in at 60.8. Any number above 50 denotes an expansion for the sector.

Construction spending data for January was also better than predicted, up 1.7%.