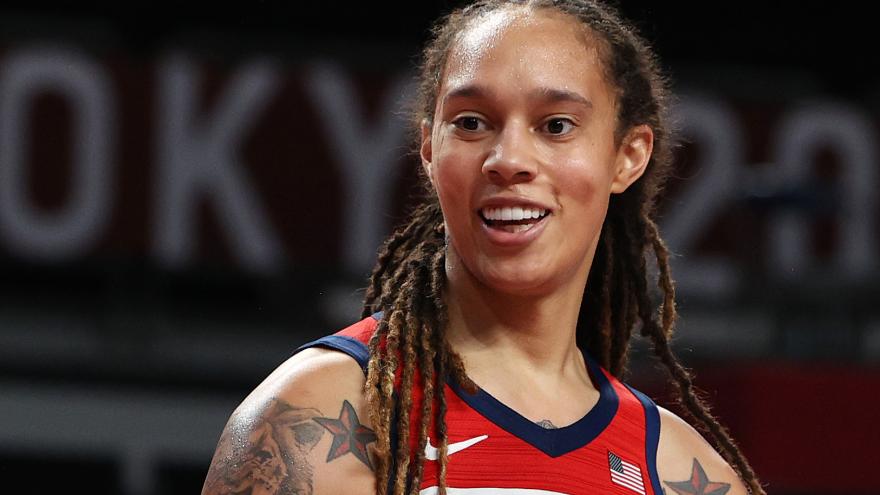 (CNN) -- The State Department has now classified WNBA player Brittney Griner as wrongfully detained in Russia and her case is now being handled by the office of the US Special Presidential Envoy for Hostage Affairs (SPEHA) Roger Carstens, a State Department official confirmed to CNN.

"When it comes to our efforts to free Americans, the Special Presidential Envoy for Hostage Affairs Ambassador Carstens, he will go anywhere, he will talk to anyone if it means that we're able to come home with an American, to reunite that American with her or his family," State Department spokesperson Ned Price said Monday.

Griner, a two-time Olympic gold medalist and player for the WNBA's Phoenix Mercury, was arrested in February at a Moscow airport and accused by Russian authorities of smuggling significant amounts of a narcotic substance -- an offense punishable by up to 10 years in prison.

She plays for Russian powerhouse UMMC Ekaterinburg during the WNBA offseason.

On Tuesday, the WNBA said it will honor Griner during the 2022 season with her initials (BG) and jersey number (42) along the sidelines of all 12 home courts.

"As we begin the 2022 season, we are keeping Brittney at the forefront of what we do through the game of basketball and in the community," WNBA Commissioner Cathy Engelbert said in a statement.

"We continue to work on bringing Brittney home and are appreciative of the support the community has shown BG and her family during this extraordinarily challenging time."

Last season, Griner finished second in Most Valuable Player award voting. She led the Mercury to the WNBA Finals, where Phoenix lost to the Chicago Sky in four games.

The WNBA season starts Friday and Phoenix begins its season at home against the Las Vegas Aces.