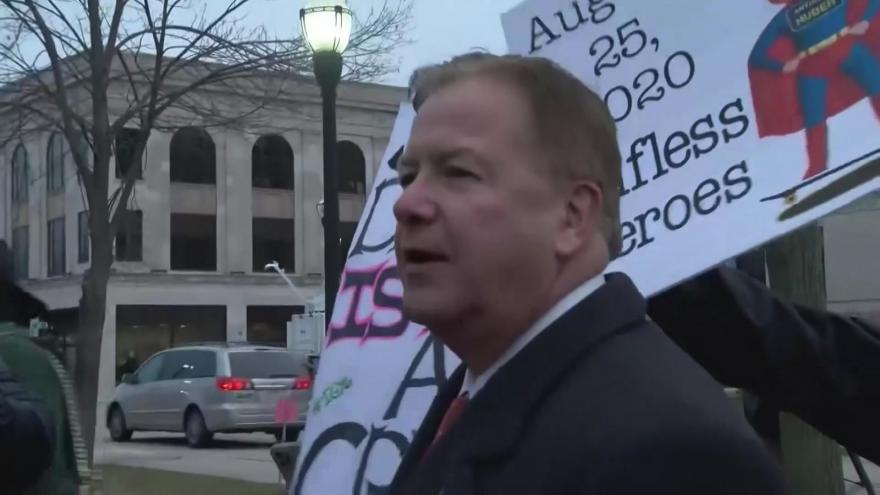 MADISON, Wis. (AP) — Republican Mark McCloskey, a candidate for the U.S. Senate in Missouri, has been photographed outside the courthouse where Kyle Rittenhouse was on trial for murder with two people flashing a sign associated with white supremacists.

McCloskey and his wife were both in Kenosha, Wisconsin, on Monday and Tuesday to show support for Rittenhouse.

The McCloskeys gained national attention after they waved guns at racial injustice protesters who were marching in their gated St. Louis subdivision last summer.

McCloskey compares himself to Rittenhouse, saying they were both prosecuted for defending themselves from an "angry mob."