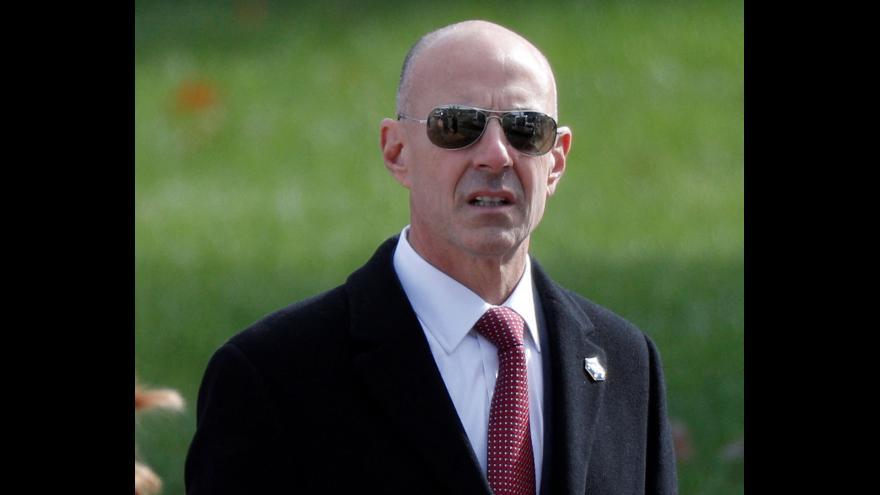 (CNN) -- US Secret Service Assistant Director Tony Ornato left the Secret Service on Monday, a significant departure two months after explosive testimony by a former White House aide, who alleged Ornato had told her then-President Donald Trump was irate upon learning his security detail wouldn't take him to the US Capitol on January 6, 2021.

Ornato on Monday confirmed his departure, which CNN had previously reported citing two sources familiar. He said he left the agency to pursue a career in the private sector.

"I did retire today to pursue a career in the private sector. I retired from the U.S. Secret Service after more than 25 years of faithful service to my country, including serving the past five presidents. I long-planned to retire and have been planning this transition for more than a year," Ornato said in a statement to CNN.

Ornato told CNN he has not taken a role with the former President or any of his companies. He declined to name his new employer.

The House select committee investigating the insurrection has made clear it believes Ornato was a central figure who could provide valuable information about Trump's movements and intentions leading up to and on January 6. Not only did Ornato once run Trump's detail, but he also made the unprecedented move of joining White House staff as the deputy chief of staff in December 2019 on a temporary assignment and eventually returned to the Secret Service to run its training program.

According to Rep. Zoe Lofgren, a California Democrat who serves on the panel, committee members have stressed their desire to speak with Ornato and he has retained private counsel. It's not clear whether Ornato will end up testifying related to the claims from Cassidy Hutchinson, an aide to former Trump White House chief of staff Mark Meadows.

To this point, Ornato has met with the panel on two occasions -- in January and March -- as part of its investigation, according to a source familiar with his testimony.

Among the topics Ornato discussed with the committee, the source said, were Trump's knowledge of then-Vice President Mike Pence's whereabouts during the attack on the US Capitol and whether Trump could have done more to encourage the rioters to calm down and leave the building.

Ornato's answers to those questions and more have not been revealed by the committee, and members of the panel have expressed frustration with aspects of his testimony, with some suggesting he lacks credibility.

Hutchinson specifically testified that Ornato had told her about Trump lashing out in anger and lunging at a member of his protective detail as he demanded to be taken to the Capitol on January 6.

A Secret Service official, who spoke on condition of anonymity, previously told CNN that Ornato denies telling Hutchinson that the former President grabbed the steering wheel of his presidential SUV or an agent on his detail.

Sources told CNN that Ornato had been eligible for retirement since earlier this summer, and he had been discussing leaving the Secret Service since before Hutchinson's testimony.